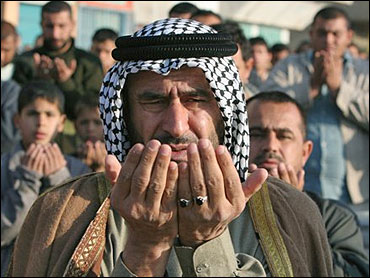 When Helen dePinto first laid eyes on Footsie, she just knew she had to adopt the dog.

The shepherd mix wasn't just any abandoned dog. It had no paws on its hind legs. Six years later, Footsie really lives up to its name, thanks to Steve Hoover and Ken Woodward, who made a pair of prosthetic paws that allowed Footsie to walk normally.

DePinto tells The Early Show co-anchor Rene Syler about how she came to adopt Footsie.

She says, "He has a great personality. And he just didn't seem to mind the fact that he didn't have any hind feet. He loved everybody at the Erie County ASPCA (Buffalo, N.Y.), where I rescued him. I just felt that this dog should be doing work. He should be out there in the community, doing therapy work."

Footsie was found in an apartment, dePinto says. "They think that possibly the umbilical cord might have been wrapped around his feet in uterus and they didn't develop. They don't know."

Initially, he had some prosthetic paws. "A gentleman in western New York made him a set of feet. And they did the trick for a while," she explains. But by the time she and her family relocated to Ann Arbor, Mich., Footsie had outgrown them.

Now the dog has prosthetic legs, thanks to an Ann Arbor prosthetist and orthorist who tackled the project of creating legs for the dog.

In more than 30 years of combined experience with humans, Steve Hoover and Kenneth Woodard say this was the first time they worked with an animal.

Hoover got involved in the project after getting a call from Brad Pearsall, a physical therapist assistant at Rainbow Rehabilitation Centers, a brain-injury treatment center in Ypsilanti.

DePinto and Footsie had been visiting clients there for nearly three years because Footsie works as a certified therapy dog. The dog's job is to cheer people who are disabled in some way and are receiving rehabilitation.

Hoover says, "When Brad called me and said, 'There is a therapy dog seeing patients and has these limbs off. Would you come take a look?' I was really surprised. And didn't know quite what to say.

"But as soon as you meet the dog - he's such a great dog - you knew you had to do something. So I got Ken involved to help me out, because neither one of us have really ever dealt with anything like this before."

Woodard normally fits braces on humans, from head to toe.

After about a year of work, they made a pair of paws, which allows Footsie to run around just like any other dog. Both worked during their lunch and after work hours.

Hoover says, "It took a long time. There was a lot of trial and error. And we finally got it right, I think."

Woodard adds, "We had the help of a veterinarian in Baxter, Dr. Maves, who put Footsie to sleep for us so we could take a good impression. We ended up with a very, very good impression - a good model to make a comfortable prosthesis for Footsie."

Using a process called vacuum-forming, they shaped a layer of foam and a layer of plastic over the mold, then added a hard, black shell with tread material on the bottom, to give Footsie a grip. The shell is fastened to the dog with a Velcro strap.

Working on Footsie's paws might have led them to some applications they can use in humans, Hoover says. "We used a lot of the things that I use normally every day with Footsie. And part of bringing Ken on board was because there's some different joints involved with Footsie and different range of motions, he says. "I really wanted his expertise in the joint movement because I'm used to replacing things that are missing. But in this case, we wanted to really let Footsie have that range of motion so that he could continue to get around."

And dePinto says Footsie adjusted quite well to the new paws. "He just takes off like a normal dog," she says.