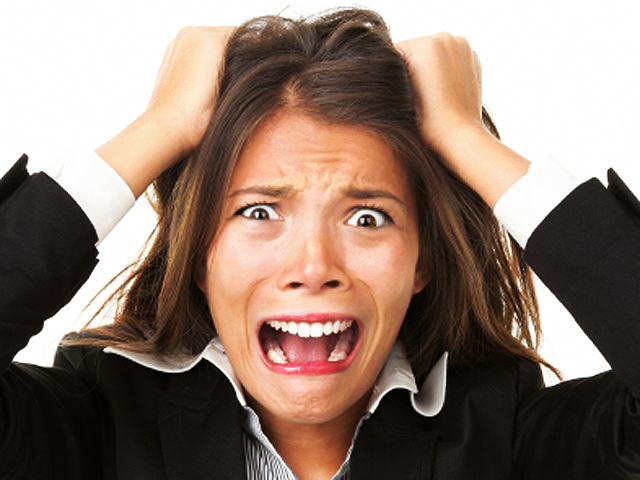 (MoneyWatch) COMMENTARY Before I became a CEO, I had had lots of bosses from whom I learned a great deal about how I wanted to lead and how I wanted not to lead. The all-time worst was named Hugh, the only person I've ever worked for whom I found so impossible that, in the end, I took sick leave to avoid the experience. Hugh was charming; if you hadn't worked for him, he might have been fun to hang out with. So what was so wrong about him at work?

Vain. Hugh was tall, handsome, and extravagantly well-educated -- and he knew this. I never saw him betray a flicker of self-doubt. What he didn't appreciate was that that absence of skepticism made him look stupid, as though it didn't occur to him that there ever could be an alternative perspective.

Chaotic. Hugh was hysterically disorganized. He'd call meetings and forget to come. When he did attend, he'd meander around some idea of an agenda. That he was interested in the dialogue appeared to be enough for him; that he wasted everyone's time was a problem only for those of us who would have to deliver.

The best boss I ever had

Exhibitionist. We worked in an open-plan office and Hugh was loud. He either had no sense of just how loud he was -- or he wanted us all to hear every phone call he made. Of course, while he was talking it was impossible for anyone else to get any work done. That many of these calls were personal didn't help.

Indecisive. Hugh was always certain he was right -- until he changed his mind, when he became right again. Every day was a different scenario. The fact that we all had to act on his decisions -- and often undo yesterday's work to fit in with today's agenda -- never seemed to bother him. What drove these changes of mind was never explicit or convincing.

Will I get caught lying on a job application?

Dishonest. It wasn't really any of my business that, although married, Hugh was having an affair with a coworker. And I can't now remember how I knew, only that everyone knew. It was impossible to see whether this affected his work -- it was already so ghastly -- but it clearly reduced any respect any of the team might have had for him.

What should you do if you find yourself working for a Hugh?

1. Deliver the best project you can. Even though you know Hugh will get the credit, you gain nothing by being associated with projects that fail.

2. Identify areas for personal development. From every project you can gain something: extend your contacts, develop some area of expertise. The Hughs of this world won't mind you doing this -- they may never notice -- and you will feel you aren't entirely wasting your time.

3. Don't attack. It's tempting, when working for Hughs, to attack them or to demonstrate in public how useless they are. This won't help you because the Hughs of this world don't learn. They've risen as high as they have often because they're sociable -- which means they have friends in high places. Don't wreck your reputation trying to wreck his.

4. Move on. Working for a Hugh is demoralizing, frustrating, and maddening. Get away as soon as you can.

I've never worked for another Hugh again -- though I've seen quite a few in the boardroom. It never ceases to amaze me how many people regard them as harmless. That they've scared off the best people isn't immediately obvious, but it leaves the company vulnerable because it has so little talent. Of course that suits Hugh just fine: It means he has no rivals.