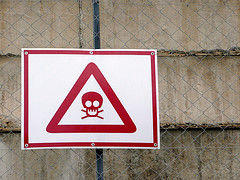 Chinese New Year tells us this is the year of the dragon. In their book Slay the E-Mail Monster, authors Mike Valentine and Lynn Coffman chose an Asian dragon to adorn the cover as a symbol of the monster problem all office workers and managers must face.

Their advice: Kill the e-mail dragon before it kills you. In sales, there's no time to waste being unproductive. You can't land deals when you're constantly landing in a black hole of emails.

"In our productivity coaching at Toyota, we were asked to apply the principles of lean manufacturing to the automaker's office workers, including the concept of waste reduction as a means of increasing profitability," says Valentine. "We learned the Japanese have a word for an activity that is wasteful and doesn't add value or is unproductive: muda."

The biggest knowledge-worker muda they discovered was the mishandling of email.

The productivity losses from email were relentlessly stealing small chunks of time that added up to hours per week. Many office workers and managers were making up for the losses in productivity in ways that the manufacturing workers could not. Typically, knowledge workers were doing it on their own time by handling emails at night and on weekends.

"Worker burnout is an inevitable result," says Lynn Coffman. "The muda is killing us."

According to Valentine, lean principles have succeeded to a much greater degree in manufacturing environments than in service environments. One significant reason: The process of manufacturing may be influenced by technology but is never subservient to it.

In order to regain control of email and recognize real barriers to productivity, the authors suggest the following first steps:

1. Realize that e-mail is just a communication venue. It is not a job. If the business message can be effectively communicated via another means, you might want to do so. Paper, telephones and meetings are equally appropriate if used correctly.

2. Determine for yourself when and how often to open your mail. Turn off any signal that alerts you of incoming mail. Those signals always lend urgency that rarely match the importance of the message. Believe it or not, the Blackberry and iPhone have Off switches.

3. Open and deal with every email in your In box. The In box is not a file cabinet. It is the mailbox to your environment. Once you look at a message, either delete it or move it to where it belongs. You would never stuff your unpaid bills back in your mailbox at home just because you were not ready to pay them. So don't do that in the email In box. Create a structure to house work in progress.

4. Take steps to reduce the volume of e-mail that you receive. Inform your people if you don't need to see every FYI. Ask for exception reporting, and reduce the business-as-usual messages. Get off of distribution lists that are irrelevant to your job. Teach people how you prefer to receive communications.

5. Don't over-distribute. Clean up your distribution lists. Don't reply to all. Avoid sending useless FYI email. Always think if you are using the correct venue for your own business communication.

"Even though you are a hard-working knowledge worker, our research shows that up to eight hours per week is wasted effort," says Valentine. "Following these steps can recover those hours and allow you to focus on what we call value work: projects that matter most to your success."