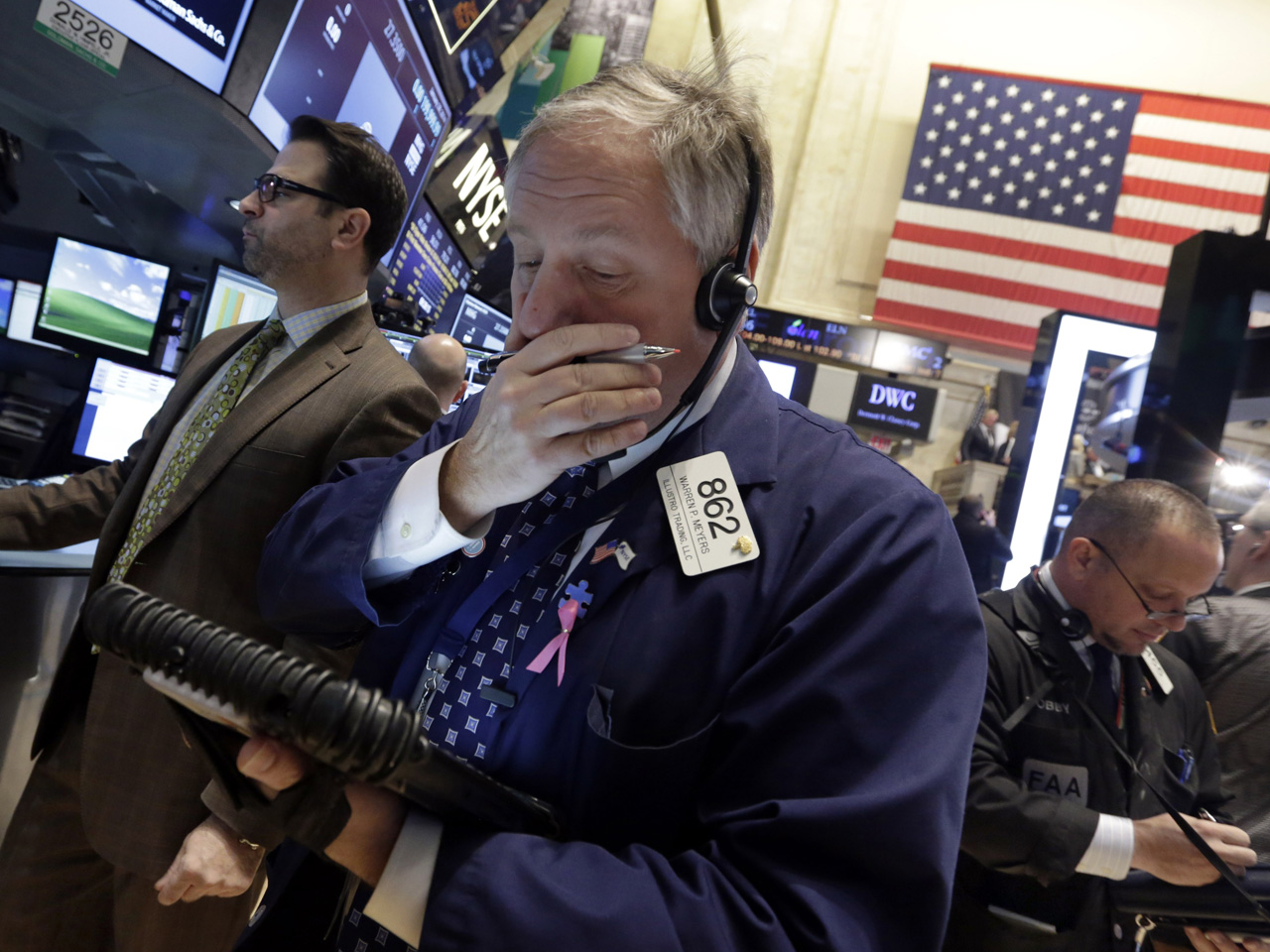 Investors were delivered a reprieve on Tuesday from the selling of the past week as stocks rose after five days of selling. But don't be lulled back into a state of complacency: The evidence suggests there is additional downside to come.

Much of the reason for the lift is that fears over a possible default in China's shadow banking system, which I covered in a recent article, were alleviated by news of a bailout by an unknown benefactor of the $500 million "Credit Equals Gold #1" trust issued to a troubled coal company.

It's probably a state-backed deal (investors can be redeemed at par). And if so, it's just the latest cave by officials trying to tamp down on excess credit activity and rising moral hazard, but doing a terrible job of it. It feels like the stick saves seen in the early part of the housing crisis in 2007 and 2008, such as the government-assisted takeover of Bear Sterns by JPMorgan. It didn't prevent the situation from deteriorating. It just postponed the inevitable.

China's shadow banking system has swelled to $5 trillion, much of that backed by loans used to over-invest in areas like steel production and coal -- industries that are now suffering from overcapacity, falling prices, and unprofitability. Moreover, these loans were made at increasingly higher interest rates as the surge of credit reached its final stage with the vast majority of these investment vehicles providing expected annual returns of five to eight percent vs. three to five percent in mid-2013 according to data from Bank of America Merrill Lynch.

That leverage will be a problem as the loans mature in the midst of an ongoing slowdown/deflationary lull for heavy industry in China. Bank of America Merrill Lynch reports that nearly $17 billion in mining-related trust loans will come due this year. Unless each and every one is bailed out, we're going to see a confidence-sapping default that will call into question China's credit-dependent growth surge over the last few years.

The other concern has been over the developing currency crisis in many emerging market economies such as Turkey and Argentina, where collapsing exchange rates, dwindling dollar reserves, higher inflation, falling stock prices, and economic stagnation are bringing back memories of the 1997 Asian financial crisis.

Trying to understand currencies is enough to make even the most grizzled Wall Street veteran go cross-eyed. What you need to know is this: The trouble with EM currencies, like what's happening in China, is a consequence of the beginning of the end of the cheap money era in the United States and Japan.

Here at home, interest rates have been at zero percent since 2008 as the monetary base has swelled from $800 billion before the financial crisis to nearly $4 trillion now. And the Japanese have been doing all they can to destroy the value of the yen by also pumping out cheap money, in a last-ditch effort to boost their economy via export competitiveness.

Global market have become so dependent on the flow of cheap money from the major developed countries, which traders used to fund investments in higher yielding emerging market countries, that all it's taken is a slight $10 billion reduction in the pace of the Fed's monthly bond purchases (to $75 billion) and signs that Japan's yen destruction isn't spurring growth (but is causing higher inflation) to start unraveling it all.

The emerging market currency crisis remains at full boil. The Turkish lira hit a record low against the dollar on Monday after the central bank there announced an emergency meeting for Tuesday. Separately, the Reserve Bank of India was forced to raise interest rates today as it struggles with high inflation and a weak currency despite slowing economic growth.

This is the same terrible situation many Asian central banks faced during the 1997 financial crisis, hiking interest rates in the midst of panic. And I don't think it will stop with Turkey. Just look at Indonesia, where stocks cratered as the central bank has jacked its policy interest rate from a low of 5.75 percent in May 2013 to 7.5 percent now as GDP growth has slowed and the inflation rate has increased from 3.6 percent in 2012 to 8.4 percent now.

Investors have been abandoning the emerging markets in droves, exacerbating the problem and creating a feedback loop between lower asset prices, lower currencies, weaker growth, and higher interest rates. UBS notes that assets have flowed out of emerging market assets for 13 consecutive weeks, the longest streak since 2002. Russia and Brazil have been among the least popular, suffering outflows of roughly 2 percent of local market capitalization since the beginning of 2013.

The expectation is that the Federal Reserve will announce another $10 billion taper at its policy meeting Wednesday afternoon, taking its monthly bond purchase rate down to $65 billion a month in response to a tightening job market and some improvement in the economic data. This, along with the return of the debt ceiling issue to Washington, should drive stocks lower into February.

What happens next is anyone's guess. But in the wake of the 1997 crisis, the Fed was forced to slam the brakes on its policy tightening and cut interest rates, igniting the terminal phase of the dot-com bubble. Should the Fed stop, or even reverse its tapering bias as Janet Yellen takes the helm from Ben Bernanke, it could unleash one final upward surge in the markets.

But like China's bailout of the Credit Equals Gold trust, it will only delay the inevitable normalizing of monetary policy and the lifting of interest rates off of levels that are the lowest in recorded human history. When that happens, emerging market countries aren't going to be the only ones dealing with the consequences of the go-go cheap money years.

For now, I continue to recommend investors play it safe with defensive assets such as U.S. Treasury bonds. The leveraged Direxion 3x Treasury Bond Bull (TMF) is up six percent since I added it to my Edge Letter Sample Portfolio on Jan. 10.

Disclosure: Anthony has recommended TMF to his clients.