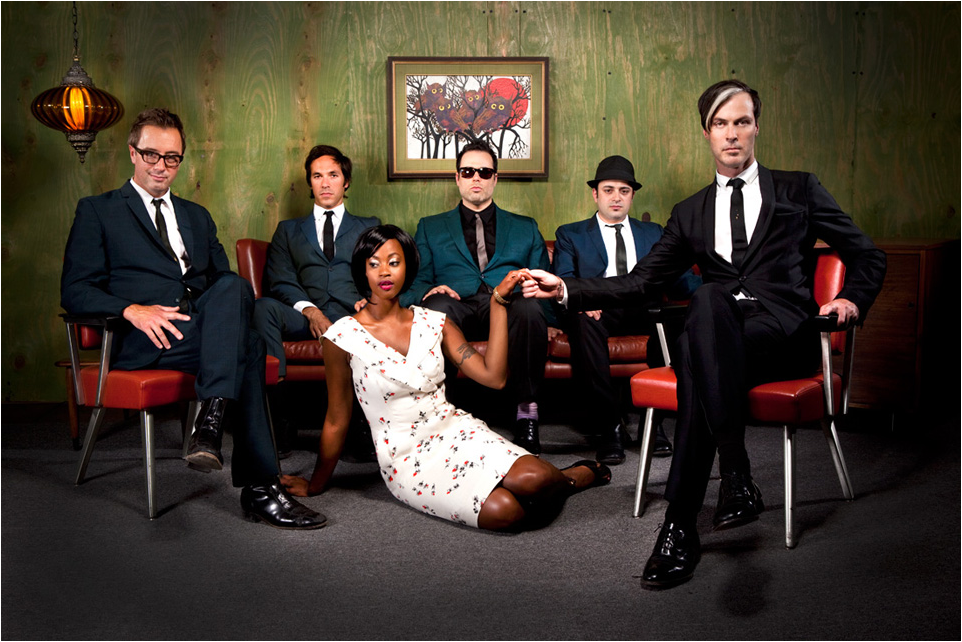 Each week, Tonya Cooke from The Roxy will bring you the most interesting bands who are using social media to get their music out.

(CBS/What's Trending) - Los Angeles-based neo-soul band Fitz and the Tantrums jumped on the scene in 2008 and have been winning over the hearts of audiences ever since.

Fitz built their fan base roots by playing to intimate crowds at venues like On The Rox on The Sunset Strip and was recently catapulted front and center after being named one of Rolling Stone's Bands to Watch. This band is ready to take off, and they're doing it not only by touring endlessly, but by making their music readily available.

If you have heard anything by this band, it has at least been the ever-so-catchy single "Moneygrabber." The song is featured on the bands first full-length album Pickin' Up The Pieces (2010) that you can stream in its entirety on their website while viewing the lyrics. "Moneygrabber" is available for download using a Topspin widget at the same location online for the low, low price of just your email address. Fitz provides other incentives if you decide to pay for their music. Their latest push, a live cover of "Sweet Dreams" by The Eurythmics, is just $2 and comes with a mini-documentary about the band.

Just like how easily accessible their music is, the band makes contacting them simple. If you visit their Facebook or Twitter page, you'll see multiple daily updates with photos of the band, where they are in the world and more things to make you feel like you are a part of the crew.

Search for the band on Twitter, and you'll find tweets from all over the world on how much people love this band. Fitz and the Tantrums are constantly talked about on all the different social networking sites, including Tumblr and Instagram where Noelle Scaggs, the amazing female co-vocalist, updates fresh photos from the road.

Fitz and the Tantrums have a unique sound, seamlessly filling a musical void that we hardly knew existed. When you catch them live, be prepared for a dance party. Fitz, Noelle and the gang have been known to bring the evening to a halt if people aren't joining in the fun. Get to know them online, love the music offline, and don't miss them the next time they're in your town.

Tonya Cooke is from The Roxy, the famed L.A. music spot that has hosted hundreds of other famous acts such as Bob Marley, Bruce Springsteen, X, David Bowie, Warren Zevon, and My Chemical Romance. The Roxy Theatre is also a columnist  To learn more about the venue and its history, click here.