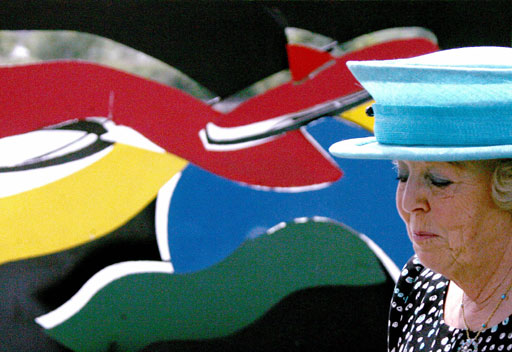 After a statement from ranking member Sen. Orrin Hatch of Utah, who made several musical puns at the expense of some of the witnesses set to testify, artists and their handlers spoke their pieces before the Senate Judiciary Committee on Tuesday.

They were ostensibly in Washington to talk about the future of Napster, the online music swapping phenomenon. But when the testimony started to flow, Napster itself seemed only to be an excuse for everyone to air respective fiduciary concerns about the music industry in the digital age.

Napster seemed to be an afterthought, as artists and executives from various factions of the recording industry scrapped over the future of copyright, distribution, and music licensing.

Hillary Rosen, the feisty voice of global music labels such as AOL-Time Warner, EMI, and Sony, told the committee, for example, that "Napster was exciting … but giving artists' music away without their permission is yesterday's news."

"Napster a year ago said they wanted to build a legitimate service … they still haven't been able to," Rosen, of the Recording Industry Association of America (RIAA), said.

Rosen's cooler-than-thou proclamation wasn't universally accepted by the other interests in the room. Independent recording label executive Steve Gottlieb of TVT records, for example, strongly defended Napster as a way to keep the big multinational players from totally controlling the market and cutting off fans' access to smaller labels.

"The genius of Napster is that all music is available on an equal footing," said Gottlieb.

When Napster agreed recently to protect copyrights, "we had indeed reached the goal of our litigation," Gottlieb said, in urging the committee to protect Napster.

The musicians present expressed little more than disdain for Rosen and her group. Former Eagle Don Henley, in a barely disguised shot at the RIAA, said "There would be no need for these discussions if it were not for artists."

"The bottom line is that artists create the music that fuels these industries," Henley said.

Riffing on Henley, pop star Alanis Morissette told the committee there was a gulf between artists and the RIAA, which purports to represent them: "Our interests are not always the same," she said.

Sen. Hatch – himself a music recorder and fan – seemed surprised by the obvious tension between the RIAA and the two artists who testified, and said he thought the RIAA was "very important," but nevertheless was very interested in hearing about protecting artists' livelihoods.

"Do I have to hold a hearing every week?" Hatch asked jokingly, upon hearing about the breadth of issues involved.

Rosen's proclamation of the death of Napster was further countered by the site's spokesman, and by the presence of Shawn Fnning, the 20-year-old wunderkind who wrote the Napster code and triggered the whole mega-flap over .mp3 downloads.

"Licensed music should now be available over the Internet, as it is over the radio," Napster Interim CEO Hank Barry said. He called for a "balance," between freedom of distribution and copyright protection, and said Congress had a unique ability to help strike that balance.

"As often happens, history arrived ahead of time. A young man … sat down outside of Boston and created a new system," Barry said of Fanning.

The hoopla over free music also had movie people trying to head off a similar phenomenon in the realm of digital video. Jack Valenti of the Motion Picture Association of America told senators if Napster can get away with allowing music to flow freely then movies will be next.

In a related story, and in keeping with the Napster-inspired free-for-all, RealNetworks, maker of a popular Internet music and video player, announced an alliance with three record labels to form an online song subscription service to be licensed by the recording industry.

That announcement came Monday, ahead of the Senate hearing. But Real's plan has raised questions. What would it cost prospective customers? How would it maintain security? And, perhaps most important: Is the online world is ready to pay for song downloads?

As if to sum up, Don Henley offered this observation:

"There are a lot of excruciating details to be worked out in this new world."