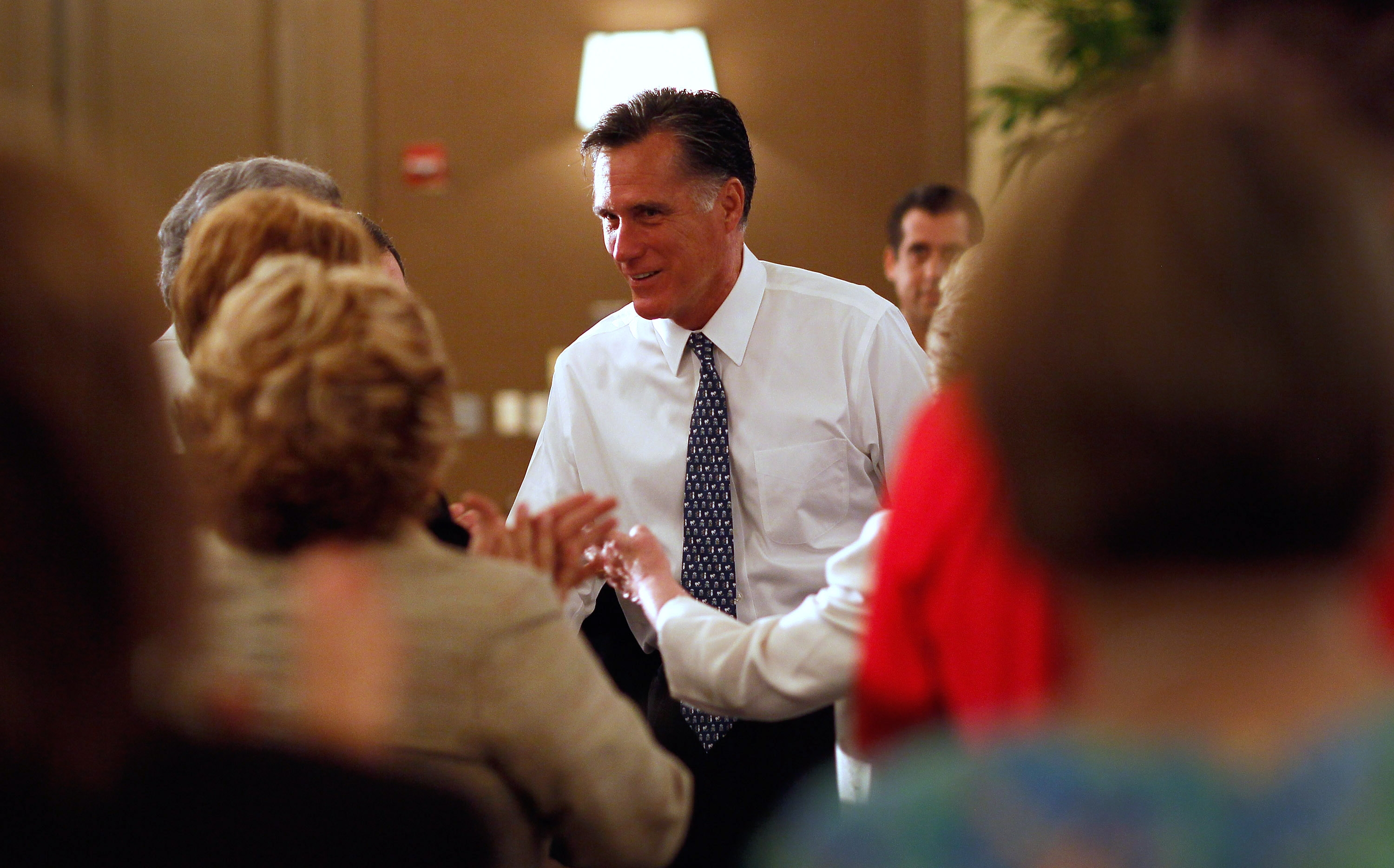 During the last presidential election, Barack Obama's seemingly magnetic appeal to the opposite sex was a much remarked-upon phenomenon. There were his shirtless vacation photos from the beaches of Hawaii, a New York Times columnist daydreaming about the president in the shower, and his nearly Kennedy-esque persona, which had Scarlett Johansson gushing that "my heart belongs to Barack" (Obama issued a denial of an "e-mail relationship" with the young starlet, as she had claimed.)

All of this translated into Obama's capturing 56 percent of all women voters, and beating Sen. John McCain 70 to 29 percent among single women. He even captured 84 percent of Hillary Clinton's fans, according to exit polls.

It's fair to say Obama's favorability among women helped him take the White House. It's also clear from polls that women were the crutch that kept his opinion numbers up as his presidency began to falter. In recent months, though, polling has shown women are nearly as unhappy with Obama as men -- 41 percent of women are unhappy with the president, an all-time high. Add to that the recent and persistent accusations of the White House as an "all-boys club" and a "hostile workplace for women" -- as Ron Suskind documented in Confidence Men -- and you could imagine a scenario in 2012 where the women's vote is up for grabs.

So I asked myself: Who would be a better Republican candidate to court the ladies' vote? Rick Perry or Mitt Romney?

Here's what a recent Time poll tells us: In an Obama-versus-Perry matchup, 53 percent of women would vote for Obama, 36 percent for Perry -- basically how McCain did. In an Obama-versus-Romney match up, 49 percent would go to Obama, and 41 percent to Romney. Perhaps this indicates that, despite Obama's sinking approval rating among women, they'll stick with Obama next November. But in a CNN/ORC poll of all the GOP candidates, Romney performs 7 percent better among women than men, while Perry does 12 points better with men than women.

As voters begin to focus on Obama's opponent, which candidate's style might be most appealing? Both are good-looking politicians -- Romney skewing more Ralph Lauren, Perry the traditional Marlboro Man. Or if this were high school, Perry's the hot quarterback who, LinkedIn tells you years later, has somewhat surprisingly escaped Paint Creek, Texas, and had considerable success. Romney, of course, is the attractive class president who added the post to his résumé before, unsurprisingly, heading off to an Ivy League school (in Romney's case, Harvard's law and business schools via Stanford and Brigham Young.)

There was a moment, however, in last week's debate that, to me, indicated that Romney could have the edge with women in the long run. He seemed very aware that he had to get women on his side. During the candidate question-and-answer session, while most of the others unsuccessfully tried to ding Romney, the former governor of Massachusetts took his question to Michele Bachmann. It has been noted that Romney did this because: a) He's very confident that he's the frontrunner, and b) giving Bachmann airtime would remind Iowa voters why they liked her over Perry in the first place. But there was also, I believe, a third reason: At a table full of men, Romney, very politely, very charmingly, asked for a woman's input. And, even more important (ask my husband), he listened intently, without a hint of condescension, while she answered his question. In other words, he treated an attractive and articulate woman like an equal.

That's not to count Perry out. Though one Democratic pollster told the Washington Post that Perry's "Texas swagger" was a turn-off, that might just be wishful latte-drinking thinking. Pres. George W. Bush, another Texan, played very well among women, especially when he was matched up against John Kerry, capturing 48 percent of the women's vote in 2004, almost erasing the gender gap between Democrats and Republicans.

Either way, there's a real opportunity for Republicans to compete for women, who made up 54 percent of the electorate last time around. If Romney has a few more moments like the other night (preferably in a debate more people actually watch), he could compete against the heartthrob-in-chief. And if Perry wants to stay a contender, he might start thinking about ways he can bridge the gender gap as well.

Bio: Elise Jordan is a New York-based writer and commentator. She served as a director for communications in the National Security Council in 2008-09 and was a speechwriter for Secretary of State Condoleezza Rice. The opinions expressed in this commentary are solely those of the author.