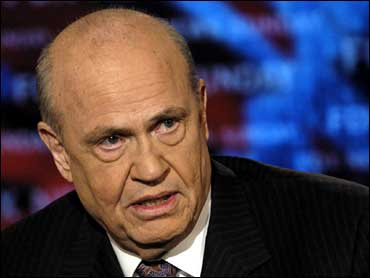 
The current Republican field is like a smorgasbord at Denny's — lots of OK choices, but nothing to get the heart racing. That's why the potential candidacy of former Sen. Fred Thompson is creating a palpable stir.

Rudy Giuliani — now riding the crest of a popularity wave — is appealing for many reasons. He is the only candidate who can really be said to have accomplished a political miracle. When he took over as mayor of New York City, the murder rate was sky-high, confiscatory taxes were driving businesses from the city, and many considered the place unlivable. Few, including conservatives who hoped for Giuliani's election, believed that New York could actually be improved.

There were such inherent weaknesses in New York's polity — a high illegitimacy rate, the erosion of the educational system, intergenerational welfare dependence — that political solutions seemed out of reach. But by the time Giuliani left office, the crime rate was reduced to levels not seen since the 1960s, the welfare rate was cut in half, the subway cars were free of graffiti, and business was booming. Almost as important, Giuliani demonstrated as mayor a trait that would be delicious in a president — he didn't give a fig for the good opinion of The New York Times. And everyone agrees that he is solid on the war on terror.

But (you knew this was coming), he really is quite liberal on cultural questions that matter deeply to conservatives — life, gun control, and gay rights. Even if conservatives could live with such heterodoxy, say, by accepting the reassurance that Giuliani would appoint conservative judges, there is still the matter of his psychedelic personal life. To be divorced once is now, sadly, common. To be divorced twice and alienated from one's children may be over the line.

John McCain is a solid opponent of Washington spending, a patriot who suffered for his country and his principles (he declined early release from North Vietnam), and a tough, perspicacious leader. But he championed a baldly unconstitutional abridgement of free speech, he showboated on the torture question, and he is getting to be a little old for the job. He has never had a solid connection with conservatives — particularly with religious conservatives — and the excitement he generated in 2000 has drained away (as it always does).

Mitt Romney is a fine man with obvious talents. But his recent conversions to conservative positions on abortion and gun control have more than a whiff of opportunism about them. Dig a little deeper and discover, as Ruth Marcus reported in The Washington Post, that he voted for Paul Tsongas in the 1992 presidential primary. Uh-oh. If he trims now to please conservative primary voters, how will he morph next?

The other candidates in the race are barely registering in the polls, and one of those waiting in the wings is carrying enough baggage to sink a cruise ship.

So. What about that likable fellow from Tennessee? Thompson is not "just an actor" (though they said that about Reagan, and he turned out OK). He began his professional life as an assistant U.S. attorney, worked as Sen. Howard Baker's campaign manager and did a stint as co-chief counsel to the Senate Watergate Committee. It was he who asked the innocuous-sounding but momentous question of Alexander Butterfield: "Were you aware of the existence of any listening devices in the Oval Office of the president?"

After leaving Washington, he continued to practice law and slipped into acting as easily as a wagon rolls downhill. They were making a film about his legal exploits and couldn't find anyone who could do Fred Thompson as well as he did himself. His voting record is solidly conservative. He is articulate, self-made (his father was a car salesman), highly intelligent and exudes calm authority. His star power offers him an opening with independent voters that other candidates can only dream of, while his solid conservative credentials will excite the Republican base.

He hasn't dreamed of becoming president since he was in diapers. But he has noticed that 57 percent of Republicans tell pollsters they are unsatisfied with the current field.

It may be that no one can play a Republican president better than Fred Thompson.