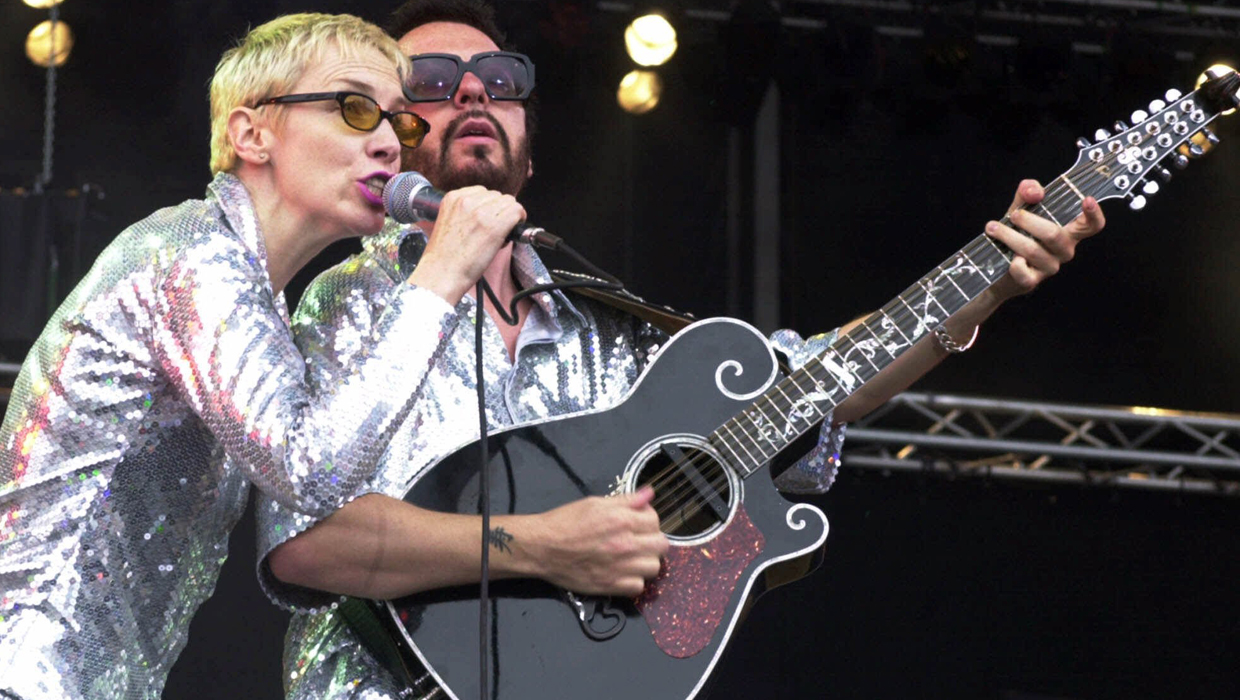 The Eurythmics will reunite to pay tribute to the Beatles.

The Recording Academy announced Monday that Annie Lennox and Dave Stewart will perform as a duo for "The Night That Changed America: A Grammy Salute to the Beatles." The event will be taped at the Los Angeles Convention Center on Jan. 27, a day after the Grammy Awards.

Longtime Grammys producer Ken Ehrlich, who is also producing the Beatles special, thought the Eurythmics would be ideal to honor the iconic group.

"When it came around to booking this show, what I felt was important was to try and find those artists who not only would be able to interpret Beatles songs, but would also have an ... understanding of what they meant," he said in an interview.

The Eurythmics sold millions of albums and had hit songs with "Sweet Dreams (Are Made of These)" and "Here Comes the Rain Again." Ehrlich said Lennox and Stewart, who have launched successful solo careers, are thrilled to perform in tribute to the Beatles. Lennox has released several solo album, most recently a Christmas collection, while one of Stewart's projects features collaborations with Martina McBride and Karen Elson.

Ehrlich wouldn't say which Beatles tune the British duo would perform, but John Mayer and Keith Urban will pair up to perform "Don't Let Me Down," while Alicia Keys and John Legend will duet on "Let It Be." Maroon 5 also will hit the stage.

The special will air on CBS on Feb. 9 -- exactly 50 years after the Beatles made their U.S. debut on "The Ed Sullivan Show." An estimated 73 million viewers tuned in to watch the event, which has become one of the world's top cultural moments.