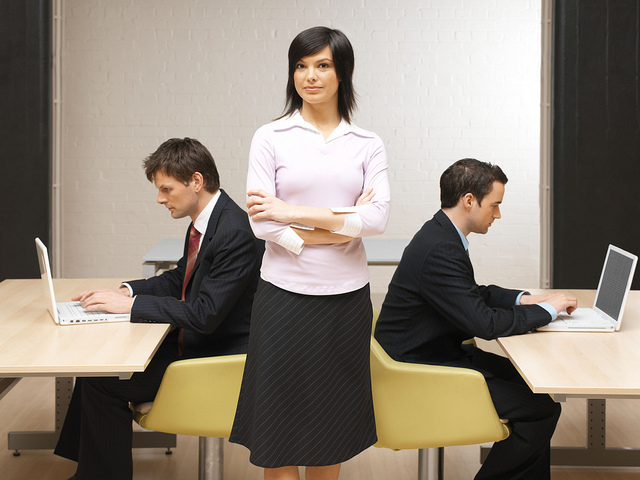 (MoneyWatch) In my experience coaching leaders for almost two decades, most are shocked by three facts.

The first is that other people effectively play amateur psychologist and spend an enormous amount of time and brainpower analyzing a leader's behavior. People infer meaning from actions that probably had no thought associated with them. What it does mean that the leader left a coffee mug in the sink? Does he expect someone else to clean it out? Does he look at us as the help?

She walked quickly back to her office -- did the last meeting go badly? Is she in trouble with her boss?

He's late this morning -- does that mean we can be late, too? Or is this a double standard? I wonder if he's having trouble at home.

Partially as a result such relentless observation and cogitation, other people often discern the leader's moods better than they can see themselves. Leaders, like most people, think they compartmentalize far better than they actually do. They don't hide their emotions well, including disdain and boredom. As a result, people around the leaders try to plan when is the best time to bring something up, whether or not today is good day for her, and what his mood might be.

I once made a classic mistake while running a months-long leadership development program for a client. In the middle of the program, my mother became ill. I decided that was personal, no need for disclosure. Then she got sicker and, again, I decided to keep it to myself. Only when she passed away, and I needed to leave early for her funeral did I say anything. To my shock, my clients were angry with me for not telling them (while also showing compassion and concern far beyond what I ever expected). They knew something was wrong. Turns out there were rumors about marital trouble, alcohol abuse, trouble with my job at USC, and other idle speculation about what might be going on in my life.

What to do -- don't hide. If you're having a bad day or something's going on, say so. If you're bringing trouble at home to work (or vice versa), come clean about it. Doing so gives people no reason to try to figure out what's going on or to gossip. Disclosure kills gossip, and its attendant time wasters: hypothesizing, spending time watching you, and inferring what you might be thinking and feeling. The caveat to this piece of advice is don't violate the TMI rule. If you're suffering from eating bad fish, we don't need all the gory details.

The second shocker is that the evil emperor in Star Wars was right -- there is power in the dark side. Anger, wanting to prove others wrong (like someone who said you'd never amount to much), even greed and envy can give a person gravitas, provided they aren't overwhelmed by the negativity. Look up the word "passion" -- a word that comes up positively in most corporate circles. The word is closely related to anger, sex, suffering, and an object of deep desire. The word has morphed to mean something like "enthusiasm," but the roots of the word suggest a more turbulent source of emotion.

The single most damning word I've ever heard  in describing a leader was "benign," said about me in one of my early managerial jobs. I was making the classic mistake of being a nice guy. Taken to excess, people take that motive for weakness. Far better to stand for something, even if the motivator is something that would make Yoda lecture you. Leaders are surprised to learn that many of the people they most admire are motivated in part by a covert sense of anger at something or someone. They're also surprised that negative emotions, displayed with reason and intelligence, often increase respect. Read a good biography or Abraham Lincoln, John F. Kennedy, or Martin Luther King Jr. and you'll see they used anger to rally themselves and others.

What to do -- embrace "passion" in its full meaning (without doing anything that will bring HR down on you). Don't avoid, deny, or run from negative emotions. Discuss these feeling with people, asking them to keep you in check. Dark-side stuff is blinding and can lead to self-destruction. It's not just a careful balance, it's walking a tight rope while juggling lit Molotov Cocktails. (There's a lot more to say on this subject that will come out in future blog posts, as it relates to the book I'm working on.)

The third fact that tends to elicit surprise is that some people don't like you, and never will, and there's nothing you can do about it. Most of us are at least intellectually aware that this may be the case, but we tend to behave as though we can win anyone over. But when talking about a particular person -- another leader, a boss, a client -- it comes as a surprise that there's nothing you can do to improve that relationship. You might remind the person of someone they don't like. Or, much harder to hear -- you did something they didn't like, and they're not going to move past it.

The surprising part of this fact for me has been how much attention the leader often spends on that one person. As my coauthors and I wrote in our book "Tribal Leadership," work with the living, don't try to raise the dead. In some cases, the dead person is you -- in that person's eyes. For leaders who don't like to lose, they will spend a hundred times more effort when the relationship is worse, to the detriment of those who are looking for you to lead.

What to do -- try to recover a relationship, and then let it go.

Surprised by one of these facts, especially when you think about specifics? If so, I hope you'll add a comment below.