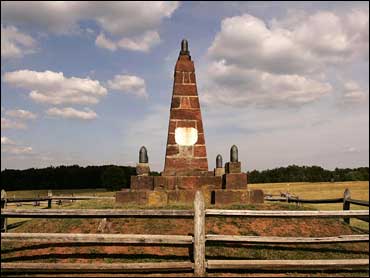 Aviation experts said Saturday the $15 billion U.S. government bailout of the airline industry would not ensure survival of all carriers if ticket sales remain slow, while European officials moved to insure their carriers and keep them aloft for at least another month.

Congress approved the package late on Friday that includes
$5 billion in direct cash to help U.S. airlines survive following the crash of four hijacked jets on Sept. 11. The other $10 billion is for loan guarantees.

The attacks, a temporary shutdown of U.S. airspace, the cost of upgrading security and plummeting ticket sales combined to send the airline industry into an unprecedented tailspin, with estimates of losses of $300 million a day. About 100,000 U.S airline employees have been laid off, with the job losses spreading to European carriers.

President Bush, who strongly endorsed the bailout, is expected to sign the bill as soon as possible. The package includes a 180-day promise by the government to cover airlines' insurance against war and terrorism at no additional cost as they renegotiate coverage over the next few weeks.

Continental Airlines, the No. 5 U.S. carrier with about 10 percent of U.S. capacity, said Saturday its cut of the cash would be about $300 million. "It's the lifeline that we needed to take us through the fall as the industry restabilizes itself," said spokesman Dave Messing.

Continental and its vocal chief executive, Gordon Bethune, had warned of bankruptcy in late October without aid.

Washington's aid gives major carriers a reprieve but those in the weakest financial condition still needed passengers to get back to flying, experts said. Some online booking services have said that reservations dropped 60 percent since Sept. 11.

"It's enough to go around for the bigger carriers," said ABN Amro analyst Ray Neidl, who testifed before Congress on the issue. "The smaller and weaker carriers are probably still very much in danger depending on how passengers come back."

To determine the federal payout to each airline, size matters most, experts said, as the money will be distributed according to an industry measurement called available seat miles and by the amount of cargo carried.

In the case of UAL Corp.'s United Airlines, spokesman Andy Plews said on Saturday the carrier will get 17 to 18 percent of the $5 billion the government will dole out, or about $900 million.

United, the second largest U.S. carrier, also gets liability protection from potential lawsuits filed by victims of the crashes who were on the ground. Two of United's jets were hijacked and crashed, killing all passengers and crew aboard. Two AMR Corp. American Airlines jets also crashed, one into the World Trade Center and the other into the Pentagon.

Even with the bailout, United remains concerned about weak demand and plans measures to stimulate ticket sales within weeks, Plews told Reuters.

America West Holdings Corp., parent of No. 8 carrier America West Airlines, last week told Congress it was in danger of filing for bankruptcy within days without aid.

Now that the help is in hand, the carrier's future is by no means assured, analysts said, as it will get about 3 percent of the aid or about $112 million, according to UBS analyst Samuel Buttrick. With a cash burn estimated at $6 million per day, that provides an additional cushion of only about 18 days.

Indeed late on Friday, the Phoenix-based airline issued a statement telling customers it would continue to fly.

Of the $5 billion in cash, well over half will go to the top five carriers, which control about 70 percent of available U.S. capacity, according to Buttrick. A smaller carrier like Alaska Air would get just $75 million.

Deutsche Bank Alex Brown analyst Susan Donofrio said she believed airlines could be subject to extensive financial review to determine whether they will fail even with a short-term cash infusion.

"This could point to potentially vulnerable airlines, such as America West and US Airways being casualties of the industry," Donofrio said.

The $10 billion in loan guarantees in the package were critical, experts said, as they make it possible for airlines to turn to the capital markets to raise money.

Still, airlines struggling to make money before Sept. 11 will face a tough audience and perhaps high financing costs because of the risk.

Across the Atlantic, European Union finance officials solved at least temporarily problems of war risk-coverage which had threatened to shut down European airlines.

Officials fine-tuned a deal on Saturday to keep carriers there flying while striving to calm fearful markets.

German Finance Minister Hans Eichel said Europe would make sure European airlines remain insured. The Dutch government's announcement of such aid brought flagship carrier KL back from the brink of a Monday shutdown.

"A solution between the airlines and the insurance companies would be the most agreeable outcome," Eichel said. "(But) if the market cannot agree, we are ready to give state aid guarantees for a period of time and to cover the risk of terror and violence."