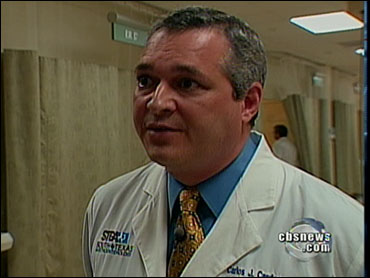 For the South Texas border town of McAllen, it's unwanted criticism.

First it came from an article in the New Yorker that highlighted the area's sky-high medical costs, and now, reports CBS News correspondent Don Teague, it's coming from President Obama who today suggested McAllen's doctors are part of a national problem of physicians ordering unnecessary treatments.

"Treatments they don't really need," said Mr. Obama, "treatments that, in some cases, can actually do people harm by raising the risk of infection or medical error."

Doctors here say the criticism is grossly unfair and have written an open letter to the president, asking him to meet McAllen's doctors face to face.

It sits in the poorest metro area in the nation with the lowest number of doctors per capita. It also has one of the unhealthiest populations with high rates of obesity, diabetes and heart disease.

Add to that a large number of uninsured patients - from Texas and Mexico - and medical costs soar.

Back in McAllen, Ruben Ramirez, who sees four different doctors per month, says he should have all the care he needs for his bad back, diabetes and erratic blood pressure.

He told Teague he wants more care, not less.

Where to draw the line between enough health care and too much - with a Texas border town at the forefront of the debate.

Roundups of wild horses cause controversy