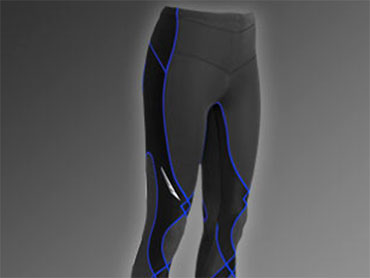 Research shows this summer may be the worst for teen employment since World War II. But one company is offering young women some hope, in the form of lip gloss.

After more than 100 years of marketing to middle-aged women, Avon is going after their daughters, enlisting young women in high school and college to sell a new line of makeup. And unlike saleswomen of old, these little Avon ladies can make big bucks without ever having to ring a doorbell.

By day, 18-year-old Kay Sunakawa is a high school senior and a typical teenager. But by night, she's an entrepreneur.

At a party, she explains, "It's Avon, but a teenage version of it."

Deborah Fine, Mark's founder, notes, "Young women are signing up in droves. And it is so exciting in this cultural time when 'you're fired' is all the rage. I guess you could say our rallying cry is: 'You're hired!'"

To get hired, all Kay had to do was take a short training course online, and pay a startup fee of $10. Then, instead of going door-to-door, this new generation of Avon ladies throws "social beauty parties" for friends and potential customers.

Kay explains, "We just get together, makeovers, talk about boys and stuff. So it's just fun, and you sell makeup at the same time."

Fine notes, "Think about young women today - women of all ages. They want to be social and they want to be beautiful. And the element that really connects them, for us, is the lip gloss!"

In the eight months she's been working for Avon, Kay has mastered walking that fine line between being a buddy and a businesswoman.

Asked if she ever gets uncomfortable selling stuff to her friends, Kay says, "Sometimes. But they buy makeup anyway, so it's kind of making it more convenient for them, I guess."

And judging by her friends, her sales technique works.

Her friend, Carla says, she has bought a lot of products from Kay. "It's hard not to," she says.

Amy, another friend, adds, "If we're going to buy makeup, we might as well buy it from our friends."

In fact, Kay can sell to just about anyone, even if they're not the brand's target audience.

She says, "My mom buys it. My grandma bought some things."

Since she started in August, Kay's sold about $3,000 worth of products, and made around $800 working fewer than two hours a week. And she hopes to make a whole lot more.

She says, "I just found out I got into Boston University. That's about $42,000 a year. And I'm not getting much in financial aid, so I'm saving up big time for that."

That's a lot of lip gloss.

Kay also plans to lifeguard and waitress this summer, but she thinks if she makes an effort to expand her business, she can make more selling makeup than either of those other jobs.