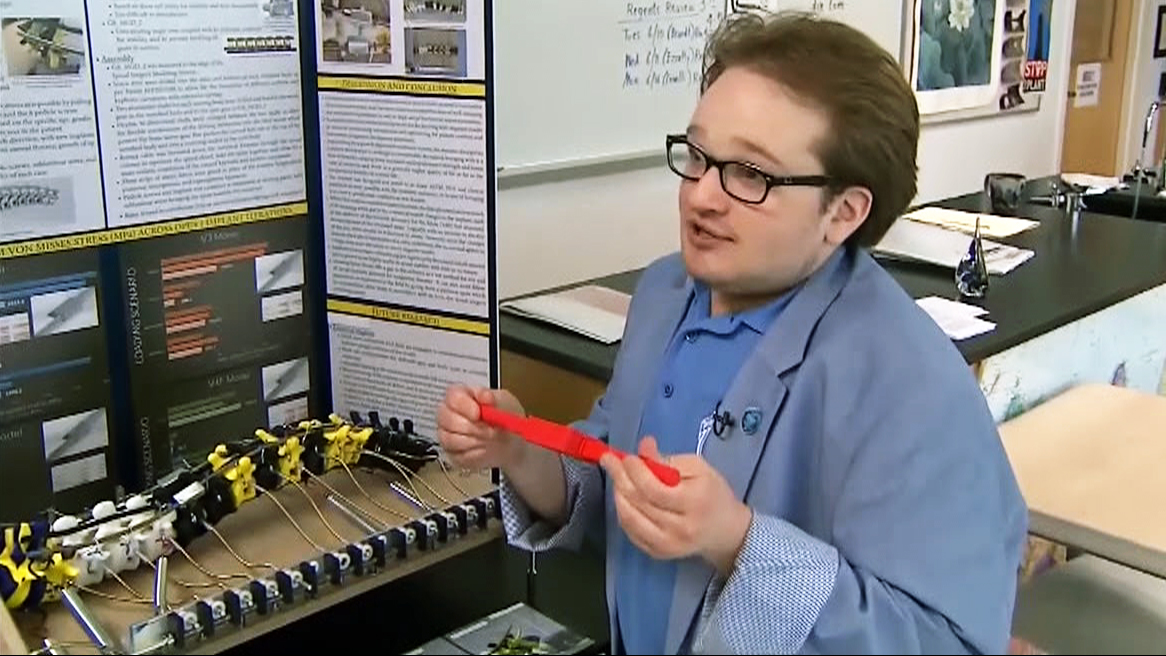 Harry Paul, a Long Island, New York, high school senior, stands four-foot-ten, and endured more than a dozen surgeries to treat severe curvature of the spine, a disability with which he was born.

His winning project at the 2014 Intel International Science and Engineering Fair promises to save future patients from enduring as many painful surgeries as he did. He was awarded a top honor -- the California Institute of Technology Innovation Exploration Award -- in Los Angeles.

As CBS New York reports, Paul designed a spinal implant device that expands, allowing the spine to grow straight, buying more time between operations. A rod keeps the spine straight but expands as the child grows.

"I'm hoping that the treatment will be easier and better for the children, so they won't have to go through the same ordeal that I went through," he said.

Paul is headed to Tufts University in Massachusetts this fall to study biomedical engineering and public health, with his first invention already patent pending.

He's now partnering with an engineering company to get the implant tested and developed.