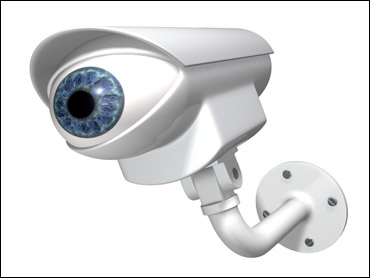 While I fully understand the risk of posting something online that you may later regret, I also worry about how fretting over the future implications of everything you say and do can affect you in the here and now. I'm concerned it can take away some of the fun in life and cause people to try too hard to be politically and culturally correct.

Back when I was a kid, and even as a young man, I did and said some stupid things that seemed okay at the time, but that would not necessarily be okay by today's standards. Fortunately for me, there was no YouTube, Twitter or Facebook back then.

Remember streaking? In the '70s, it was not uncommon for college students of both genders to run through campus wearing nothing but their sneakers. I never streaked but it was a relatively common occurrence at the university where I worked during the mid-'70s. Nude beaches were also quite popular for a while, even among people who are otherwise careful about making sure their private parts aren't exposed in public.

Of course, some streakers and sun worshippers were caught on film and video tape, but that was before Web-connected digital cameras and camcorders were built into practically every cell phone, not to mention omni-present security cameras. Today, just about anything that happens to anyone can be recorded, uploaded and stored forever.

And it's not just actions that can be recorded and stored, but also words. In today's environment, most people I know would never dream of saying anything that could be perceived as racist, sexist or disrespectful. And that's a good thing. But what is considered acceptable changes over time.

I'd like to think I've always been respectful of minorities, people with disabilities, women, gays and other groups which, sadly, sometimes find themselves at the receiving end of inappropriate comments. But while growing up in America as a straight, white male in the '60s, I'm quite sure I said things I would never say today. It was nothing blatant, but acceptable standards of speech change over time. I remember joking around with a female co-worker in ways that today could be interpreted as sexual harassment. The jokes were innocent and reciprocal, yet I'm glad they weren't memorialized for people to interpret by today's standards.

As much as I worry about the risk of being "caught on tape" saying something inappropriate, I also worry about living in a society where we're afraid to say or do anything edgy or out of the ordinary without having to fear the long-term consequences.

Do we really want to stamp out all experimentation with humor or anything else that may not be socially, morally or politically correct by arbiters of today's standards and those of the future? Values change over time. What seems okay now could haunt us years later.

I think back to the case of Douglas Ginsburg, who was nominated by President Reagan to serve on the Supreme Court in 1987 but withdrew from consideration after it was disclosed that he had smoked marijuana when he was younger. Ginsburg is a baby boomer and when he allegedly used marijuana during the sixties and seventies, it was far from socially unacceptable, especially among college students. Yet, taken out of context in the midst of Supreme Court hearings, it suddenly became a deal stopper.

I'm not suggesting people should feel entitled to take illegal drugs, run around naked or make disrespectful comments. But I do think we need to find a way to come to peace with all the recording technology around us without feeling that we have to live repressed lives.

This is adapted from a column that first appeared in the San Jose Mercury News.