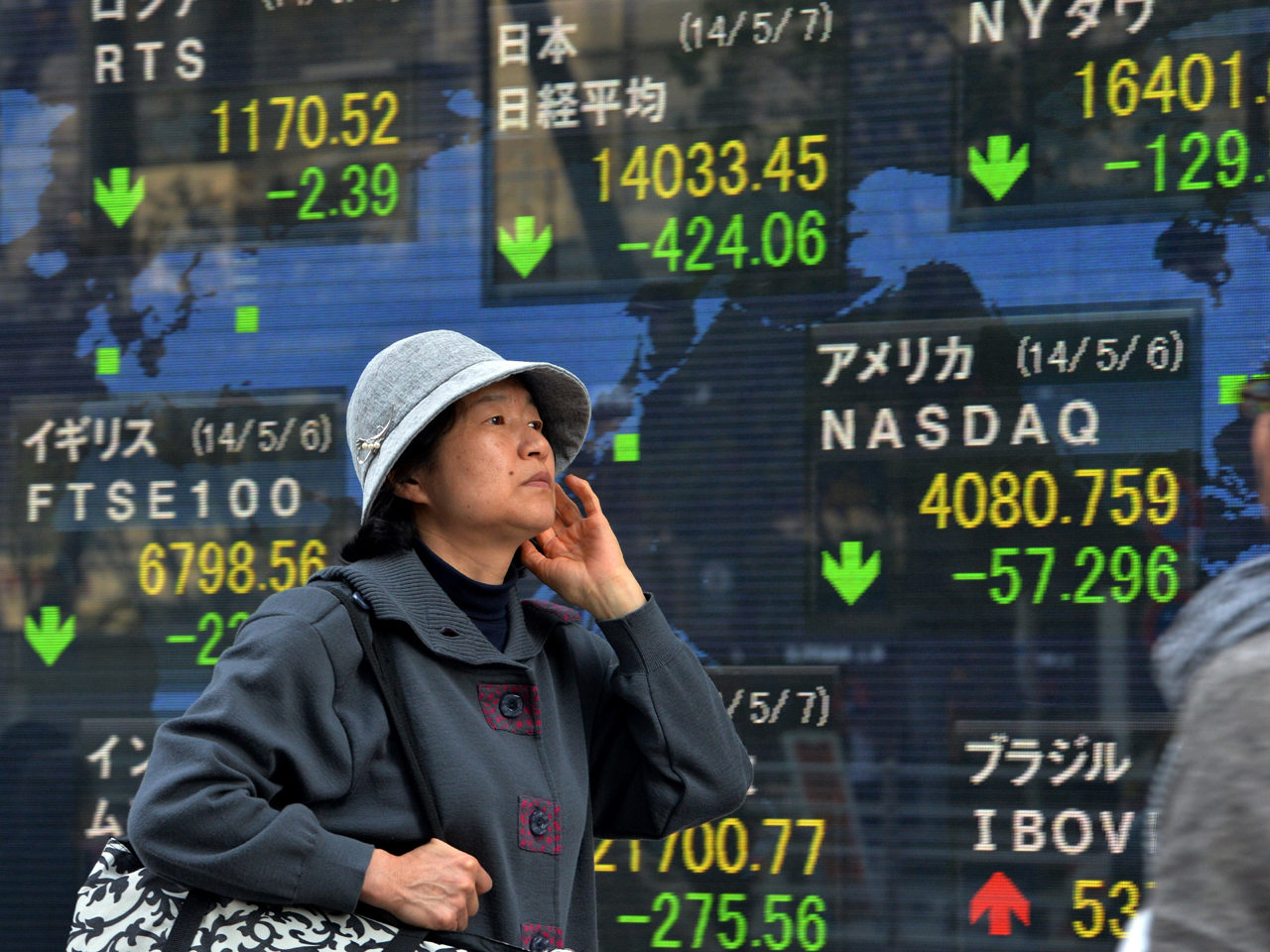 TOKYO - Jitters over the valuations of technology companies pulled stock prices lower from Tokyo to London on Wednesday.

U.S. markets were poised for a slow start after sharp declines the day before, with both Dow Jones and S&P 500 futures little changed.

Sinking Internet company shares, led by an 18 percent plunge in Twitter's share price Tuesday, added to negative sentiment from tensions in Ukraine, where pro-Russian militants are clashing with military forces in the country's unstable east.

In Asia, the Nikkei 225 stock index sank 2.9 percent to 14,033.45 as the U.S. dollar's relative weakness against the Japanese yen hit exporter shares. It was the first day of trading in Japan after a long weekend.

Softbank tumbled 5.1 percent in Tokyo after Chinese e-commerce giant Alibaba released some details of a planned U.S. initial public offering that analysts say could raise up to $20 billion. Softbank owns 36.7 percent of Alibaba.

Though the IPO is expected to net Softbank handsome returns, the recent slump in technology shares has shaken confidence.

"Whether the market reaction and the IPO valuation will be high or not is still the major concern," said Linus Yip, a strategist for First Shanghai Securities in Hong Kong. "The listing of Alibaba right now, may not be such good timing."

In other markets, benchmark U.S. crude for June delivery was up 95 cents to $100.45 a barrel in electronic trading on the New York Mercantile Exchange. The contract rose 2 cents to close at $99.50 on Tuesday.