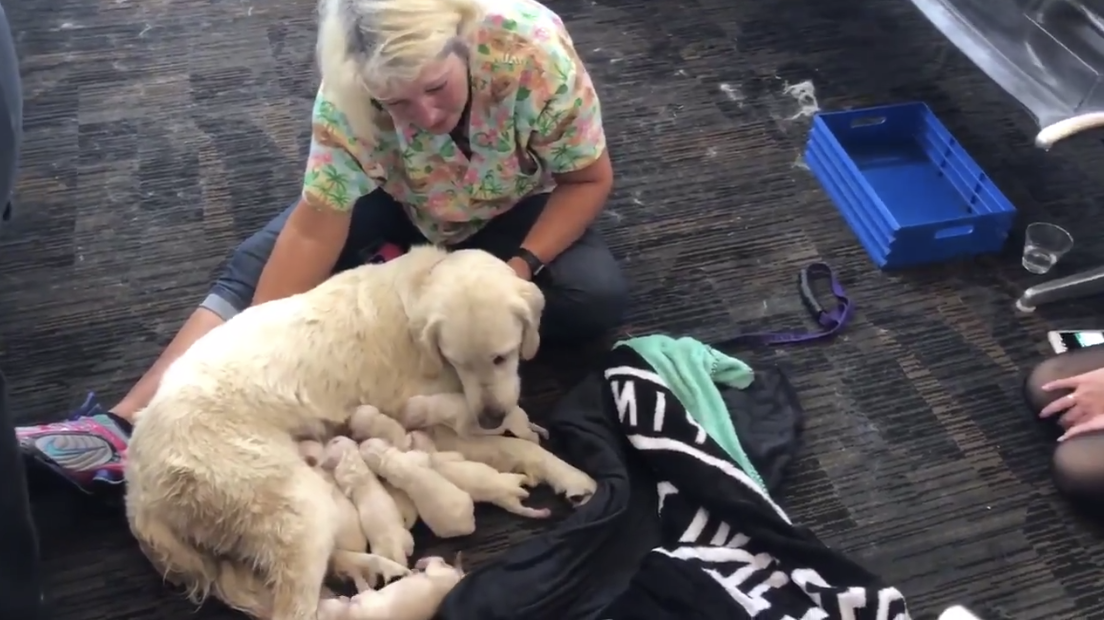 A service dog named Eleanor Rigby -- also know as "Ellie" -- was waiting for a flight at Tampa International Airport on Friday when she suddenly went into labor. And the delivery ended with a big surprise.

The pregnant yellow lab was flying to Philadelphia with her owner and her "partner," Nugget. As Ellie went into labor, Nugget, the father of her babies, watched calmly. Tampa Fire Rescue arrived to help deliver the pups right in the middle of the terminal in front of Gate 80.

The team documented the birth on Twitter, using the hashtag #AirportPuppies. They announced that six puppies -- all boys -- were born, and they were patiently awaiting the seventh pup.

"It's a girl!" Tampa Fire Rescue announced on Twitter. Ellie then gave birth to one more boy, bringing the puppy total to seven boys and one girl.

It was a "ruff day for this mama at Airside F today," Tampa International Airport wrote in their birth announcement for Ellie, which they posted on Facebook.

With eight new babies, Ellie certainly has her hands -- or paws -- full. Mother, father and their whole brood are doing well.

Congrats to Ellie and Nugget.