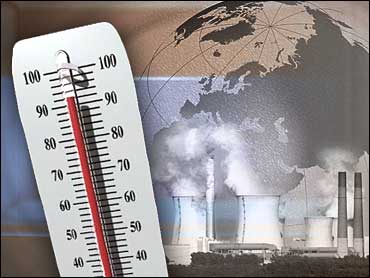 Negotiators from 158 countries reached basic agreement Friday on rough targets aimed at getting some of the world's biggest polluters to reduce emissions of the greenhouse gases blamed for global warming.

A weeklong U.N. climate conference concluded that industrialized countries should strive to cut emissions by 25 percent to 40 percent of their 1990 levels by 2020. Experts said that target would serve as a loose guide for a major international climate summit to be held in December in Bali, Indonesia.

"We have reached broad agreement on the main issues," said Leon Charles, a negotiator from Grenada who helped oversee the Vienna talks.

Delegates worked into Friday evening to overcome resistance from several countries - including Canada, Japan and Russia - that had held up negotiations because they preferred a more open approach rather than setting emissions targets.

The 2020 targets are not binding, but they were seen as an important signal that industrialized nations are serious about slashing the amount of carbon dioxide and other dangerous gases to try to avert the most catastrophic consequences of global warming.

Friday's agreement sought to ease concerns that the emissions target might be too ambitious for some nations, noting that efforts to cut back on airborne pollutants are "determined by national circumstances and evolve over time."

But it made clear that greenhouse gas emissions must be reduced to "very low levels" to guard against potentially deadly flooding, drought and other fallout.

"Hence the urgency to address climate change," the agreement said.

The Bali conference will try to forge a new global agreement to cut greenhouse gas emissions after 2012, when the 1997 Kyoto Protocol expires. The Kyoto accord requires 35 industrial nations to cut their emissions 5 percent below 1990 levels by 2012.

"They need to be guided by the potential calamity," said Angela Anderson, vice president for climate programs at the Washington-based National Environmental Trust.

Failing to cut emissions by at least 30 percent of 1990 levels by 2020 "would condemn millions to disease, water shortages and misery in the developing world," said Red Constantino, an official with Greenpeace International.

European Union officials had pressed hard for the 2020 targets. The EU already has pledged to cut emissions of carbon dioxide and other harmful gases by 20 percent by that year, and by another 10 percent if other industrialized nations join in.

Their negotiators, he said, were acting out of a sense of urgency and a fear that "they won't have a country to represent" if climate change is not slowed.

Average temperatures have climbed 1.4 degrees Fahrenheit around the world since 1880, much of this in recent decades, according to NASA's Goddard Institute for Space Studies.

The United Nations' Intergovernmental Panel on Climate Change (IPCC) reports that 11 of the past 12 years are among the dozen warmest since 1850. Last year's average temperature was the second highest since record-keeping began in 1895.

According to a study out this week by four scientists at NOAA's Earth System Research Lab in Boulder, Colo., greenhouse gases likely accounted for more than half of the widespread warmth across the continental United States last year.