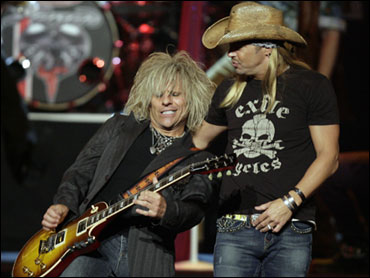 Some headaches may be linked to infection with a common bug and daily doses of friendly bacteria could ward them off, preliminary research suggests.

A study presented Friday at an infectious diseases conference found that about 18 percent of chronic migraine sufferers were infected with the stomach bug helicobacter pylori and antibiotics appeared to clear the headaches.

Adding the friendly bacteria Lactobacillus seemed to work even better, leaving most people migraine-free for a year and lessening the intensity and frequency of recurring headaches in the others, the lead researcher said.

Experts were cautiously receptive to the idea but said the findings were too tentative to draw any firm conclusions.

Helicobacter pylori, the bug that causes gut ulcers, has recently been linked to a growing list of diseases, including heart disease, autoimmune diseases and skin conditions.

In the study, Italian scientists divided 130 patients who had migraines and were infected with helicobacter pylori into two groups.

One month after starting treatment, both groups were similar in terms of headache symptoms and bacteria colonization.

However, after one year, significant differences were found, said the study's leader, Dr. Maria Gismondo, head of the clinical microbiology laboratory at the University of Milan.

At the end of the year, 50 percent of the people who got the antibiotics alone were still getting migraines. That compared with 20 percent in the group who took the probiotics for a year.

Headaches in the probiotic group occurred less often, were milder and went away more quickly than they did in the antibiotics group.

"Our understanding is that Lactobacillus could be used, not to cure or eradicate H.pylori, because it is not an antibiotic, but to prevent relapse of H.pylori infection, and headache."

However, headache expert Dr. Peter Goadsby, professor of clinical neurology at the Institute of Neurology and the National Hospital for Neurology and Neurosurgery in London, reserved judgment.

He said the fact that the study did not involve a group getting dummy pills makes the findings less reliable. The study cannot rule out the "placebo effect," whereby people get better purely because they believe the pills they are taking are working, not because the pills are actually doing anything.

Goadsby said the placebo effect can account for up to 30 percent of the improvement noted in studies like this one. Testing the effectiveness of treatment by giving some people the medicine and some fake pills overcomes that problem.

"There may be something in this ... but show me the money. I'd like to see a placebo-controlled trial," Goadsby said.

"If there was a chemical toxin that H.pylori produced that switched on headaches, that wouldn't surprise me," he said. "It's an interesting idea and I think it's at a point where it should be dealt with in a rigorous way because if it's true, it would be very useful and if it's not, we can stop talking about it."