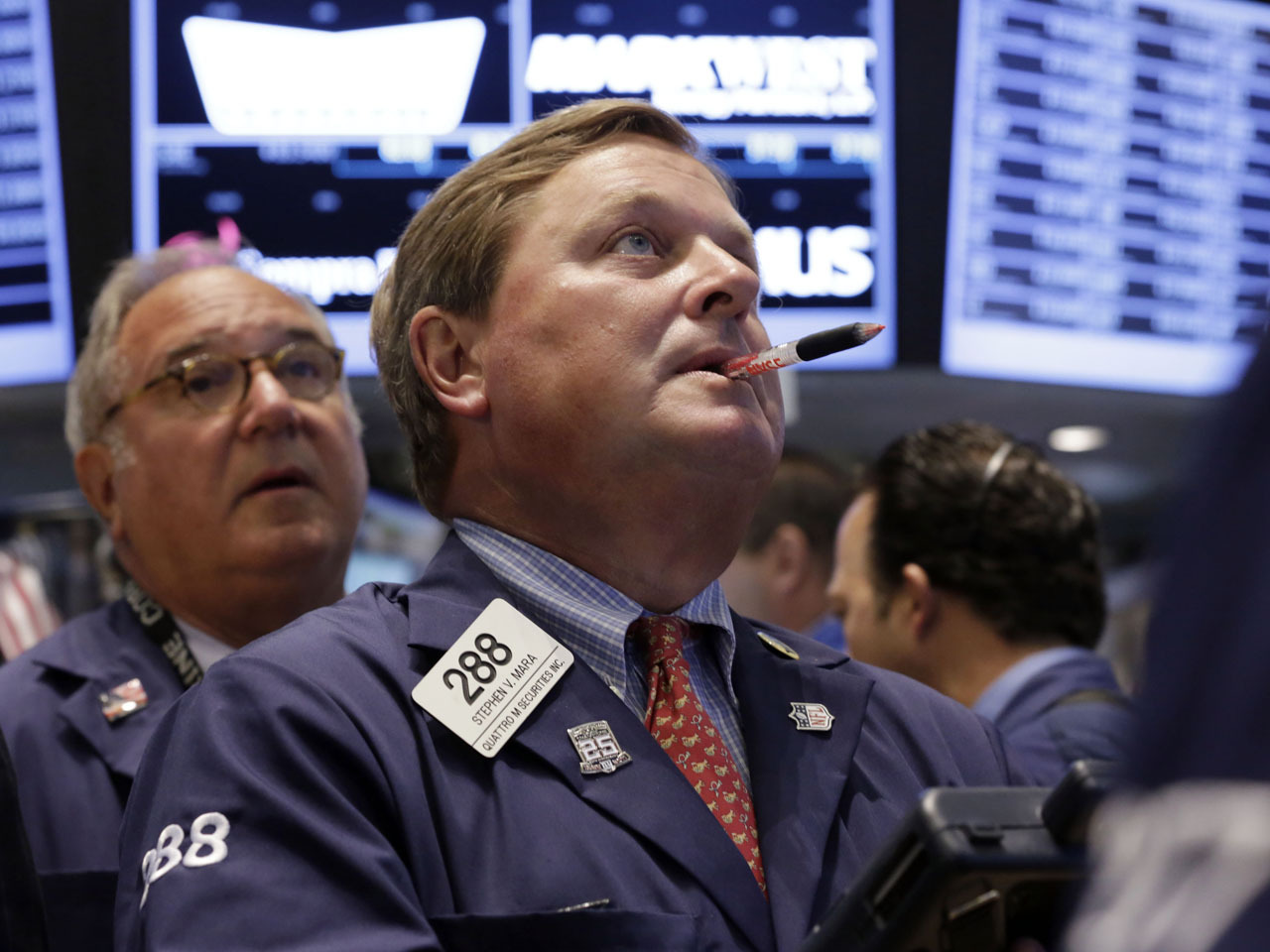 NEW YORK Fears of an escalating conflict in Syria rippled across financial markets on Tuesday, helping push stocks sharply lower, lifting gold and pushing the price of oil to a two-year high.

A day after Secretary of State John Kerry said there was "undeniable" evidence of a large-scale chemical attack in Syria, tensions between the U.S. and the regime of Bashar Assad mounted. Defense Secretary Chuck Hagel said Tuesday the U.S. military was ready to strike if President Barrack Obama gave the order. Syria's foreign minister said his country would defend itself.

The threats raised worries on Wall Street that the U.S. was more and more likely to attack Syria. That could disrupt energy trade in the region, which in turn could hurt other markets as well as the economy.

The Dow Jones industrial average fell 169 points, a little more than 1 percent, to 14,776 in afternoon trading, the biggest decline in two weeks. The drop extended losses from Monday afternoon, when Kerry denounced Syria and caused the market to sag in the final hour of trading.

"The law of unintended consequences and the history of previous military interventions in the region is not a recipe for political and economic stability," said Neil MacKinnon, global macro strategist at VTB Capital.

The impact wasn't just in stocks. Gold prices advanced and government bond prices jumped because traders see those investments holding their value better in times of uncertainty. Oil surged $3.09, or 3 percent, to $109, a level last reached in May 2011.

While Syria itself has little oil, traders feared an intervention in Syria could cause further instability in the Middle East and possibly disrupt the flow of oil from the region.

Other analysts consider the rise in oil prices overdone.

"I am finding it difficult to put together a scenario where this has a genuine lasting impact on crude oil prices," said Walter Zimmerman, senior technical analyst at advisory firm United-ICAP, which closely follows commodities. Zimmerman noted that what little oil Syria has is embargoed already, and there is little reason to believe oil supplies or transportation will be disrupted. Most fundamentally, he noted that supplies and production of oil are running strong.

"If this were a real crisis one would expect the U.S. dollar to be up but it's not," he said. "Meanwhile, even though a blowup in the Mideast would have an outsized effect on Brent crude, it's closely tracking West Texas Intermediate. The market looked like it wanted to rally anyway. I would be more disposed to chalk this up to a normal seasonal rally than a lasting disruption is oil supplies. Realistically, I don't see this translating into something that lasts beyond the initial wave of cruise missiles."

The surge in energy prices dragged down the airline sector on concerns that higher oil prices could lead to higher fuel costs. United Continental Holdings, the world's largest airline by revenue, dropped $2.11, or 7.1 percent, to $27.75 and Delta Air Lines lost $1.25, or 6.1 percent, to $19.02. Concerns over a U.S.-Syria conflict spilled over into global markets.

As for the broad stock market though, Zimmerman thinks there is serious danger of a much bigger breakdown, and it won't be because of Syria but from more fundamental issues here at home such as rising interest rates. He said the market has been poised for a serious plunge and now fears that it has further to fall.

"With today's break to new multi-week lows, there is a pattern you would expect to see in a bear market, not a bull-market correction," he said. "If you're long this market you better have an exit plan. It has nothing to do with Syria -- the market was overbought, overvalued."

In corporate news, discount shoe seller DSW jumped $6.33, or 7.8 percent, to $87.65 after the company reported an adjusted profit of 97 cents per share, easily beating analysts' estimate of 80 cents per share, according to FactSet.

J.C. Penney rose 20 cents, or 1.5 percent, to $13.55 after the company's biggest investor, Bill Ackman, said he plans to sell his entire stake in the discount department store chain.

Wall Street is also digesting two economic reports, one on U.S. consumer sentiment, the other on home prices. The Conference Board said its consumer confidence index rose to 81.5 in August, up from 80.3 the month before. Economists had expected 79, according to FactSet.

The Standard & Poor's/Case-Shiller 20-city home price index rose 12.1 percent in June from a year earlier, nearly matching a seven-year high. But month-over-month price gains slowed in most markets, a sign that higher mortgage rates may be weighing on the housing recovery.