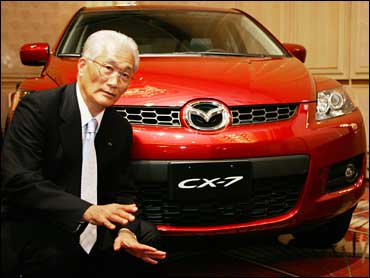 Many new sport utility vehicles, equipped with anti-rollover technology, are less of a risk for rollover crashes than their predecessors, the government says.

Rollover ratings issued by the National Highway Traffic Safety Administration for 2007 model year vehicles show SUVs making progress over past vehicles. The ratings give consumers information on the likelihood of a rollover, which kill more than 10,000 motorists in the United States every year, more than a third of motorists killed in the country annually, despite accounting for only 3 percent of all crashes.

To guard against rollovers, automakers have increasingly installed electronic stability control into their vehicle lineup. The anti-rollover technology, which was first introduced by Mercedes-Benz in 1995, automatically applies brakes to individual wheels when the vehicle begins skidding off course, helping to steady the vehicle.

Eighty-six percent of 2007 SUVs have stability control as standard equipment, up from 43 percent in 2005, the government reported.

The 4X4 version of the Kia Sportage and the 4X2 version of the Jeep Wrangler Unlimited also earned four stars. Test results were carried over for vehicles that were unchanged from the previous model year. A full listing can be found at http://www.safercar.gov/.

In April, the government said electronic stability control would be required in all new vehicles by the 2012 model year, estimating it could save between 5,300 and 9,600 lives a year once it is fully deployed into the nation's fleet.

Government studies have found stability control reduces single-vehicle sport utility crashes by 67 percent and one-car crashes by 35 percent compared to the same models sold in previous years without the technology.