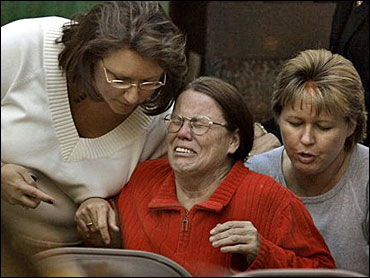 To get here, you have to persevere. Don Sutton and Larry Doby most assuredly would concur.

Sutton, a lanky right-hander who began and ended his career with the Los Angeles Dodgers, was far from overpowering. In all, he pitched for five teams, never won a Cy Young Award and had only one 20-win season.

But when his 23-year career was winding down and 300 victories were within reach, he kept winning when his best weapon seemed to be a file or sandpaper.

Doby, the first black player in the American League, signed with Cleveland only 11 weeks after Jackie Robinson had broken baseball's color barrier with the Brooklyn Dodgers. Like Robinson, Doby had to endure the racist taunts of fans.

But he never was a complainer in his 13-year major league career as an outfielder and never achieved superstar status despite eight consecutive 20-homer seasons.

And yet, through sheer will, here they are, to be enshrined Sunday in the Baseball Hall of Fame. Two sons of the South. Players of different eras with much in common. Sutton, the stubborn son of a sharecropper from Alabama, and Doby, a descendant of slaves from South Carolina.

Like baseball in the days of Abner Doubleday -- only in America.

"It's the culmination of all my dreams in sports," said the 51-year-old Sutton, an announcer for the Atlanta Braves since 1989, the year after he retired. "There ain't no higher place you can go. So it's everything I ever wanted rolled up into one package."

Sutton, the only player selected this year by the baseball writers association, failed to receive enough votehis first four times on the ballot despite his impressive record of 324-256.

He barely missed last year, falling nine votes shy of the required 75 percent. But he was too busy at the time with daughter Jacqueline -- who survived overwhelming odds when she was born 16 weeks prematurely -- to worry about baseball matters.

Imagine. The man had to wait, and since the introduction of the lively ball in 1920, no right-hander has won more games.

Maybe his brutal honesty stood in the way. After all, this is a man who, upon breaking a Dodgers record once held by Sandy Koufax, said: "Comparing me to Sandy Koufax is like comparing Earl Scheib to Michelangelo."

Or maybe it was the way he achieved his final victories that turned off the voters.

Defiant as he declined, Sutton broke the rules, or else gave that impression. His sandpaper balls, cut balls and scuffballs became the bane of enemy hitters and umpires. Regarded with much suspicion each time he took the mound, he was frisked so much that he began stuffing dirty notes in his uniform pockets for the umpires to find.

But nobody questioned his work ethic, for it was impeccable from the day he joined the Dodgers in 1966.

"If you want to show up on time, work your butt off, don't miss starts and grind it out, even if you're not as spectacular as Nolan Ryan or as glamorous as Tom Seaver or as overpowering as Steve Carlton -- there's still a spot (in Cooperstown)," said Sutton, who tied Ryan for 12th place on the victory list and finished with 3,574 strikeouts, fifth all time.

Doby, the unsung hero who has always remained in the shadow of Robinson, earned his spot a half century after his major league debut. The 74-year-old Doby had 253 homers, 969 RBIs and won two AL home-run titles.

"My intention was to play the game as best I could, and be able to live in a society where things are not as easy as they should be," said Doby, who was selected in March by the Veterans Committee, along with former AL president Lee MacPhail, Negro leagues star "Bullet" Joe Rogan and turn-of-the-century shortstop "Gorgeous" George Davis.

Cleveland owner Bill Veeck made the bold move to get Doby, buying his contract from the Newark Eagles of the Negro leagues on July 3, 1947. Two days later, Doby was in the majors.

He struck out as a pinch-hitter, then played first base in the second game of a doubleheader, driving in a run.

Doby, who grew up in an all-whit neighborhood in Camden, S.C., didn't start again the rest of the year, batting .156 in 29 games, a humble beginning for a man who would become a seven-time All Star.

"It was very difficult," said his cousin, Kathryn Cooke Johnson, who still lives in Cmden and listened to the games on radio. "He never talked about it, but to take the abuse that he took without reaction, that took a lot of courage, a lot of self-control. They tried, but they didn't destroy his pride."