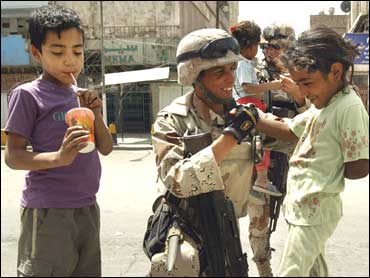 It should surprise no one that living conditions for the average Iraqi are desperate. A new report from aid groups in Iraq says that millions of Iraqis lack water, sanitation, food or adequate shelter. More than 4 million have been uprooted by the violence. In short, it is a humanitarian crisis.

When a third of the children in Iraq are malnourished, it's hard to win the peace. But, today, Michael O'Hanlon and George Packer, writing in The New York Times, say that the United States may be on the verge of at least bringing enough stability to the country that the deplorable living conditions could be improved.

Packer and O'Hanlon have been quite critical of the administration's efforts in Iraq of late, and they admit with some surprise that the surge is having some positive effects.

The big unanswered question: Can the Iraqis take over when the time comes, and what will be left when they do?