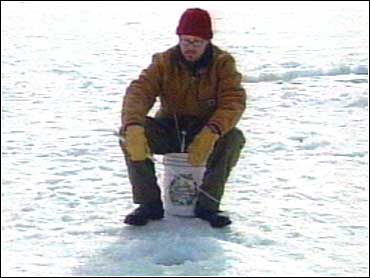 Optimists, on average, live longer than pessimists, according to a new study. It's not definitive, but the research suggests optimism can lead to success at work, school, sports, health and longevity.

When the snow flies,optimists find sleds. When they can't stop to smell the roses — 'cause they're freeze-dried — they smell the pine trees. And chances are because they see the glass not half-empty, but half-full, they'll live longer, reports CBS station WCCO-TV correspondent Dennis Douda

According to a study by the Mayo Clinic, of more than 800 Minnesota residents tracked over 30 years, those who tested pessimistic in a personality profile carried a 19-percent higher risk of premature death.

Researchers determined that, like high cholesterol or obesity, pessimism is a risk factor for early death, even after other risk factors, such as age and gender, were factored out, Maruta said.

No known study begins to explain why pessimism and poor health might be related but "a lot of work is being done on that topic," said Charles Carver, a psychologist at the University of Miami who studies motivation and coping responses to adversity.

"What is happening in the mind is strongly influencing the body, or the final outcome of the body, which is death," said Toshihiko Maruta, a Mayo psychiatrist and one of the authors of the study in the journal Mayo Clinic Proceedings.

A problem for researchers is the number of ways to define and measure pessimism and optimism. For example, Carver applies a simple definition - do you have good or bad expectations for the future? Other researchers focus on interpretation of the past.

"Optimism is good for you," Carver said. "On that part there is no question. But whether it keeps you alive longer or not is unknown."

Maruta's research didn't surprise David Lykken, a professor of psychology at the University of Minnesota and author of the book Happiness.

"It's a well-known fact that happy people don't get sick as often, and, when they do get sick or injured, they recover more quickly," Lykken said. "That is thought to be one of the main reasons why we tend to be a happy breed.

"Grouches and grumblers didn't do as well when they got sick or were searching for a mate. Nobody wants to be around them."

If the study is correct, Douda found someone who might live forever, sitting on a bucket on a frozen lake: Ice fisherman Matt Howard is definitely an optimist.

"I know something's down there. You can't see anything out of a boat but you go out there," he said. "You gotta keep trying. Could be the day, could be the minute."