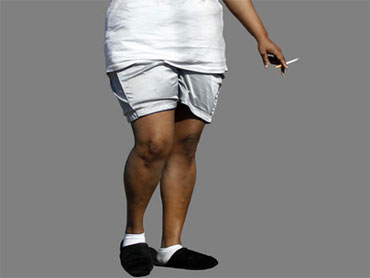 Obese women are having less sex and more unwanted pregnancies, according to a study released today.

Sounds like a contradiction, but French researchers in the British Medical Journal explain that obese women - those with a body mass index greater than 30 - report having fewer sexual partners and less sex in general, but were less inclined to seek out contraception or talk to their doctors about reproductive health.

The study found obese women were less likely to use oral contraception, and more likely to rely on less effective birth control methods, such as withdrawal. Not surprisingly, the obese women surveyed had four times as many unplanned pregnancies.

Dr. Sandy Goldbeck-Wood, a specialist in psychosexual medicine at a London sexual health clinic, said physicians must talk to obese women about birth control. "Doctors need to get over their own embarrassment and ask the difficult questions," she said.

Goldbeck-Wood was not involved in the study but wrote an accompanying editorial in the British Medical Journal.

Researchers found that obese men didn't do well either. During five years of the study, they were 10 times more likely to catch a sexually transmitted disease than their thinner counterparts and more than twice as likely to have problems with erectile dysfunction.

To get their results, experts interviewed nearly 10,000 French men and women aged 18 to 69 about their sexual experiences and analyzed the results based on their Body Mass Index (BMI).

In the United States, two thirds of the population is considered overweight or obese, according to Reuters.
v