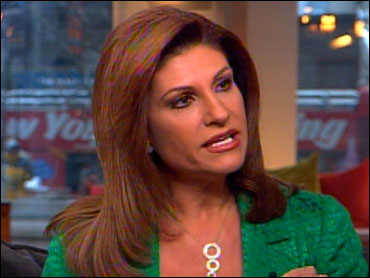 Japanese researchers are throwing cold water on one of the much-touted benefits of green tea.

Their study in Thursday's New England Journal of Medicine suggests that drinking green tea does not prevent stomach cancer, as many believe.

Green tea, a common beverage in Asia, burst into the U.S. market in the past few years, its sales driven by reports of its purported health benefits, including cancer prevention and lowering cholesterol.

But studies have been inconsistent. Some have shown green tea to be beneficial against disease, others have not.

In Japan, researchers looked at stomach cancer because of its high incidence there — it is the most common cancer in Japan — and the country's high consumption of green tea. The study compared cups of tea consumed daily and stomach cancer rates and found no connection.

"If green tea is protective, you'd expect to observe lower cancer rates among the subjects who consume higher cups of green tea," said Dr. Yoshitaka Tsubono of Tohoku University in Sendai, Japan. "We didn't see any difference between those who consumed five cups or more with people who consume less than one cup."

Black tea, green tea and oolong tea all come from the same plant. It is the processing that makes them different. In Japan, green tea is steamed before it is dried.

Scientists believe the antioxidant action of polyphenol compounds in green tea are responsible for its purported health benefits.

In the Japanese study, researchers looked at 26,311 residents of the Miyagi Prefecture in northern Japan. The residents filled out a questionnaire in 1984 about their health habits, including how much green tea they drank. The researchers used a cancer registry and found that 419 were diagnosed with stomach cancer by 1992.

Stomach cancer kills about 49,000 Japanese each year, making it responsible for 18 percent of all cancer-related deaths. The rate is eight times lower in the United States.

Salty foods such as salted pickles and salted fish have been linked to the tumor. Eating fruits and vegetables seems to protect against stomach cancer.

The study also found no connection between stomach cancer and black tea or coffee, though the participants drank much less of those beverages.

Tsubono, who drinks more coffee than tea, said people should continue to drink green tea, but "for enjoyment, not for trying to prevent cancer."

Sales of green tea in the United States have soared in the past three years from around $2.5 million to $100 million, according to the Tea Council of the USA. That is still a small portion of the overall $4.6 billion tea industry in the United States.