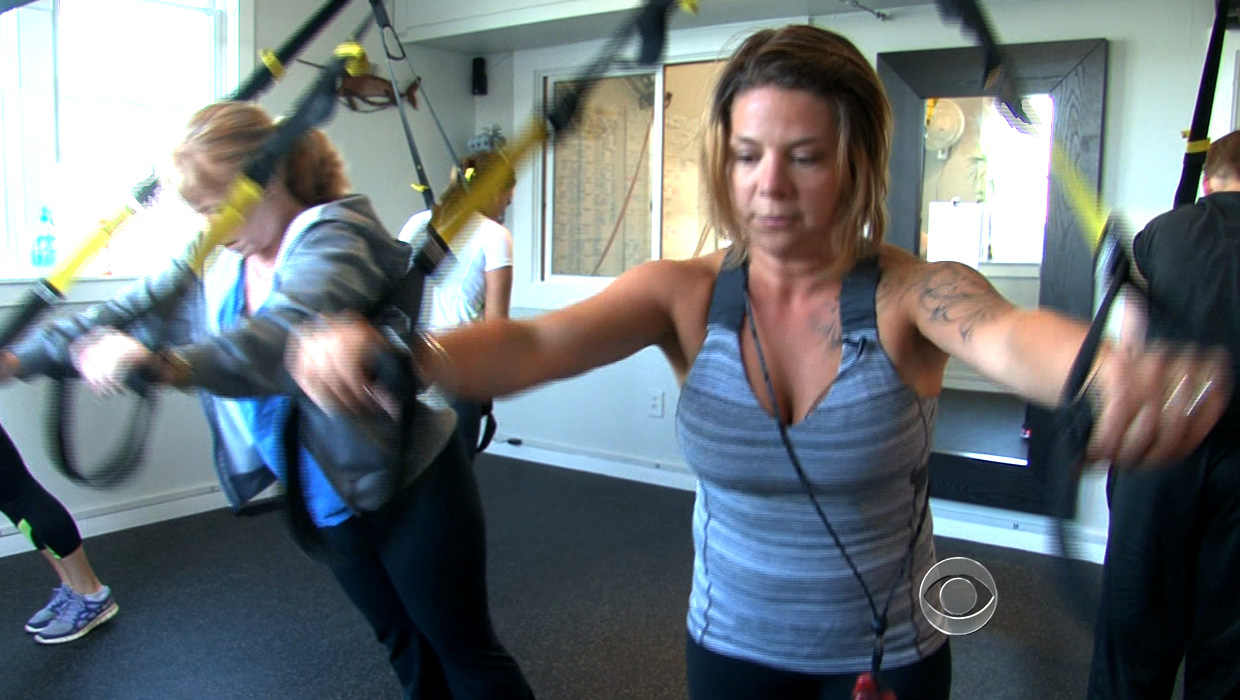 (CBS News) WELLFLEET, Mass. - Americans in their 30s are the only age group in this country worse off than their counterparts three decades ago.

A recent study by the Urban Institute shows the net worth of today's 30-somethings -- adjusted for inflation -- is down 21 percent from what 30-somethings enjoyed in 1983.

At 33, Myya Beck is doing what she loves: Running her own fitness studio in Wellfleet, Mass. She works morning and night, six to seven days a week, and still struggles just to get by.

Ask her if she has any savings, and she laughs. "Forty dollars," she said. Much of the money she earns is go to bills, college loans, a car payment and rent for her house.

Beck's entire generation is facing this struggle, and economists believe part of the reason is because the traditional means of building wealth are disappearing.

Buying a home has been a historic source of wealth, but since 1990, there's been a significant drop in home ownership for people under age 39, according to the U.S. Census.

U.S. regains wealth from recession, but not equally
Lawmakers try to save student loan deal
Is now the time to buy a home?

And then there's college debt, which, according the Federal Reserve of New York, has more than tripled in just the last 10 years.

Beck still owes over $15,000 for her college education.

"Now we also have a baby on the way," she said. "I mean, this is everything that I've ever wanted. I've always wanted to own my own business. I've wanted to be a mom and have a family most importantly, of my own, so I've gotten those things, but financially how do I do it?"

She said the uncertainty "scares the living dickens out of me."

"My glass is always half full. I'm still day by day trying to something more. What else is there?" she said.

Beck is just one of a generation that if things don't change, will be poorer than their parents. It's the first time that's happened in America since the Great Depression.