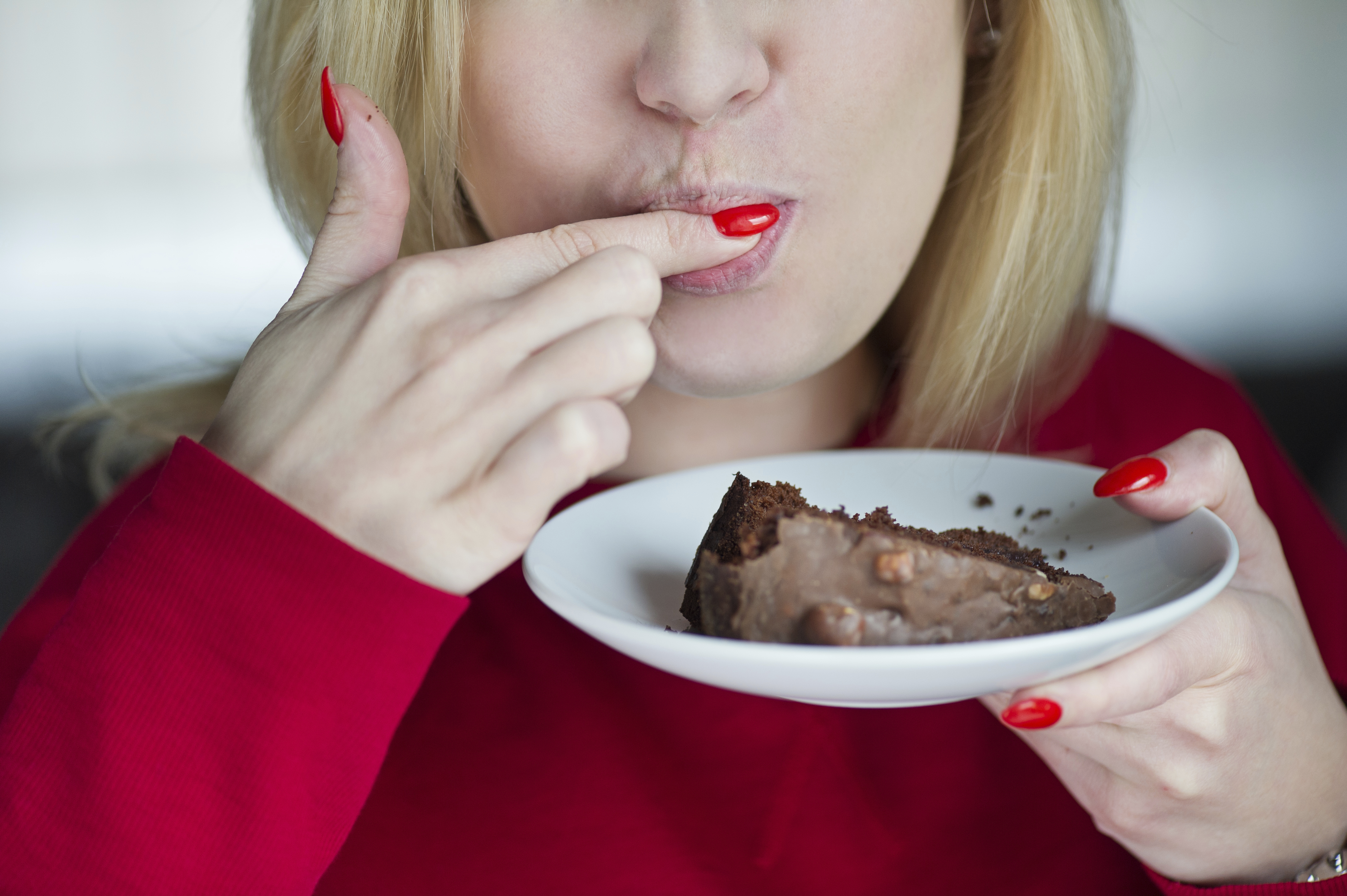 As anyone who's ever downed a pint of ice cream after a bad day at the office knows, the stresses of everyday life can sabotage self-control when it comes to diet. But why?

When people are under stress, even at modest levels, tasty food wins out over healthier options because the brain's signal for taste is "louder" than the intention to eat healthy, according to a new study published Wednesday in the journal Neuron.

The small neuroscience study of 51 people asked them to choose between foods while they had fMRI brain scans, to see how the decision-making process affected their brains.

Participants were chosen because they expressed interest in maintaining a healthy lifestyle but admitted they sometimes made unhealthy food choices. Researchers aimed to assess how moderate levels of stress, like those encountered in daily life, would affect what people choose to eat, especially when the options were real and not hypothetical; the participants had to eat one of the foods they selected following the test.

Researchers approached the study with the idea that a delicious but less healthy food was an immediate reward, whereas a healthier food is a long-term reward because while it may not be as enjoyable to eat now, it benefits lifetime wellness.

Before they began, the participants were asked to rank the foods as tasty or healthy so that researchers knew their individual taste preferences and could make contrasting pairs based on those rankings.

Then participants were split into two groups: 29 of them were put under the mild stress of having to immerse their hand in an ice-water bath while being videotaped in the lab before the test; the other 22 were the control group.

Brain activity was monitored in an fMRI machine while participants were shown pairs of pictures of different foods and asked to choose between them. In some cases, the healthier food was outlined in a white frame to indicate that it was "recommended," to see if participants would be more likely to choose it.

The fMRI images showed three different regions of the brain were activated and the relationships between the regions changed during the time participants had to select foods.

Those who experienced the stress of the ice-water bath went for the tasty food choices more often than healthy ones, especially when the difference between the foods was greatest.

"Stress participants are struggling most and are most likely to fail when their temptation gets really, really high in terms of taste," said Maier. "If two items are rather close together in terms of taste, then they would rather go with the healthier one."

Prevailing theories connect cortisol, a hormone which increases with stress, to the problem of stress eating. In this study, it showed only a partial link to food choices for people who were part of the stress group.

The way to get around this wiring for choosing what tastes good over what's healthier, Maier said, is planning. "If you know you have a stressful day and you come home, sooner or later you will make the trip to your kitchen cupboard and get that snack. Instead, you can just not buy it in the first place and not tempt yourself."

The study, which was funded by the Swiss National Science Foundation and the European Union Seventh Framework Programme, also highlights the fact that it several areas of the brain are involved in food and other choices. It may be that the strongest factors in decision making are the communication between the different regions and which signal -- immediate or long-term reward -- emerges as the most powerful.

Individual preferences play a large role in food choices because people consider different foods tasty, though most people agreed on what's considered healthy. Researchers say the reasons for these variations and why taste signals are so strong following stress warrant further study.

"One interesting avenue for future research," senior author Dr. Todd Hare, an assistant professor in Neuroeconomics at the University of Zurich said in a statement, "will be to determine whether some of the factors shown to protect against structural brain changes following severe stress--such as exercise and social support--can also buffer the effects of moderate stress on decision making."