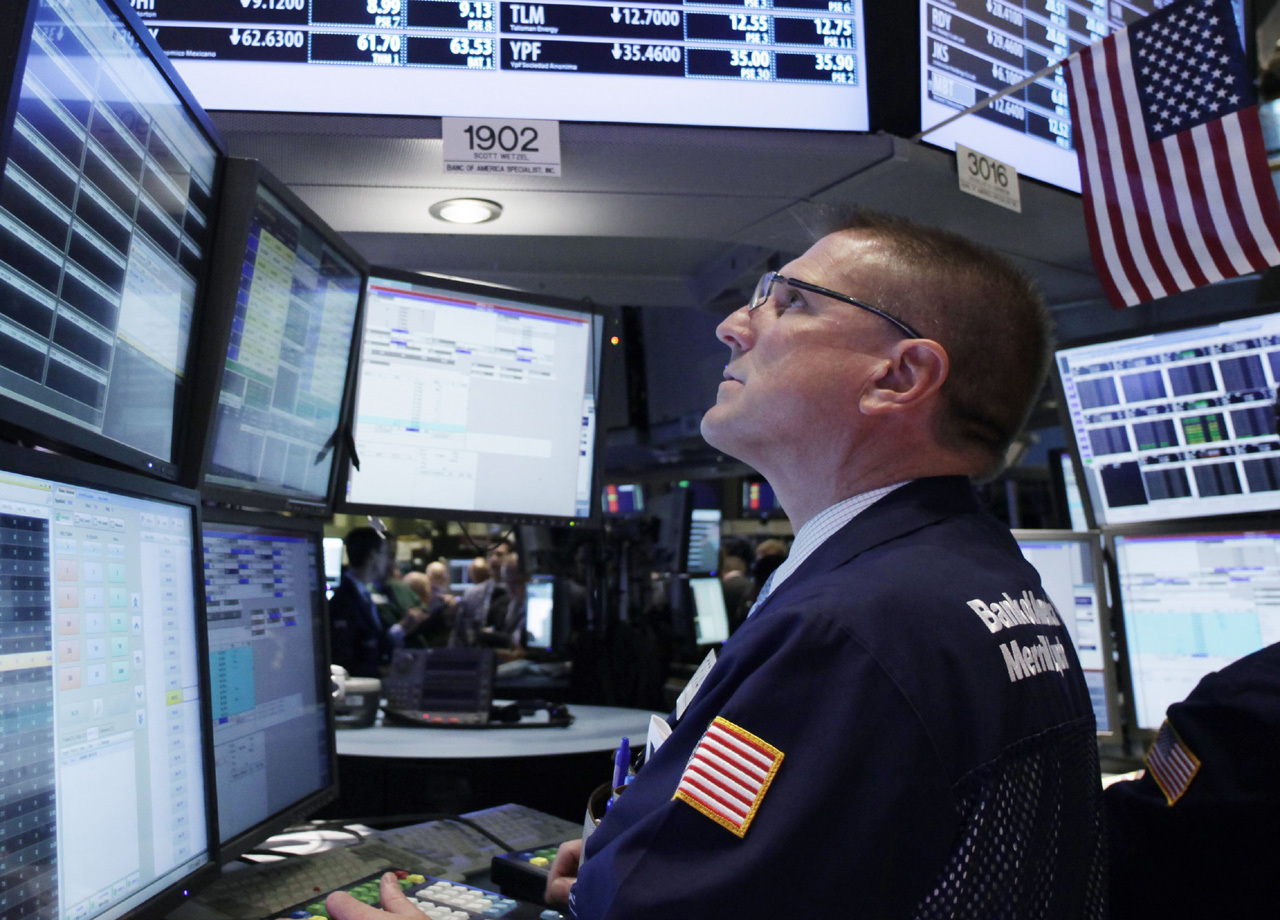 Stocks moved between slight gains and losses Monday after new home sales fell to a six-month low in the U.S. and investors remained concerned about Europe's debt crisis.

The government reported that new home sales fell for the fourth straight month in August, even though the summer is traditionally a peak time for home-buying. The decline suggests that the weak housing market is still a major drag on the U.S. economy.

Officials have talked about increasing the $595 billion European rescue fund by allowing it to take loans from the European Central Bank. Economists have also suggested that the central bank cut interest rates. But both proposals face opposition.

Investors have been on edge about Europe's debt problems for months. Last week, the Dow Jones industrial average fell 6.4 percent. That was the biggest drop since the week ended Oct. 10, 2008, when it fell 18 percent at the height of the financial crisis.

Greece is at risk of defaulting on its debt next month if it does not receive the next installment of a bailout package. If that happens, banks that hold Greek bonds would lose money. Analysts also worry that the economies in Europe and the U.S. could slip into another recession.

Boeing Co. rose 1.8 percent after the company delivered its first 787 aircraft to Japan's All Nippon Airways. An analyst said the company's earnings should rise for the next few years if the company is able to maintain steady production.

Berkshire Hathaway's Class B shares rose 5.6 percent to $70.06, the most of any S&P 500 stock, after the company announcing a plan to repurchase stock for the first since 1965.

Clorox Co. fell 6 percent to $65.68 after Carl Icahn withdrew his slate of directors. That suggested the activist investor was unable to find a buyer for the consumer products company.