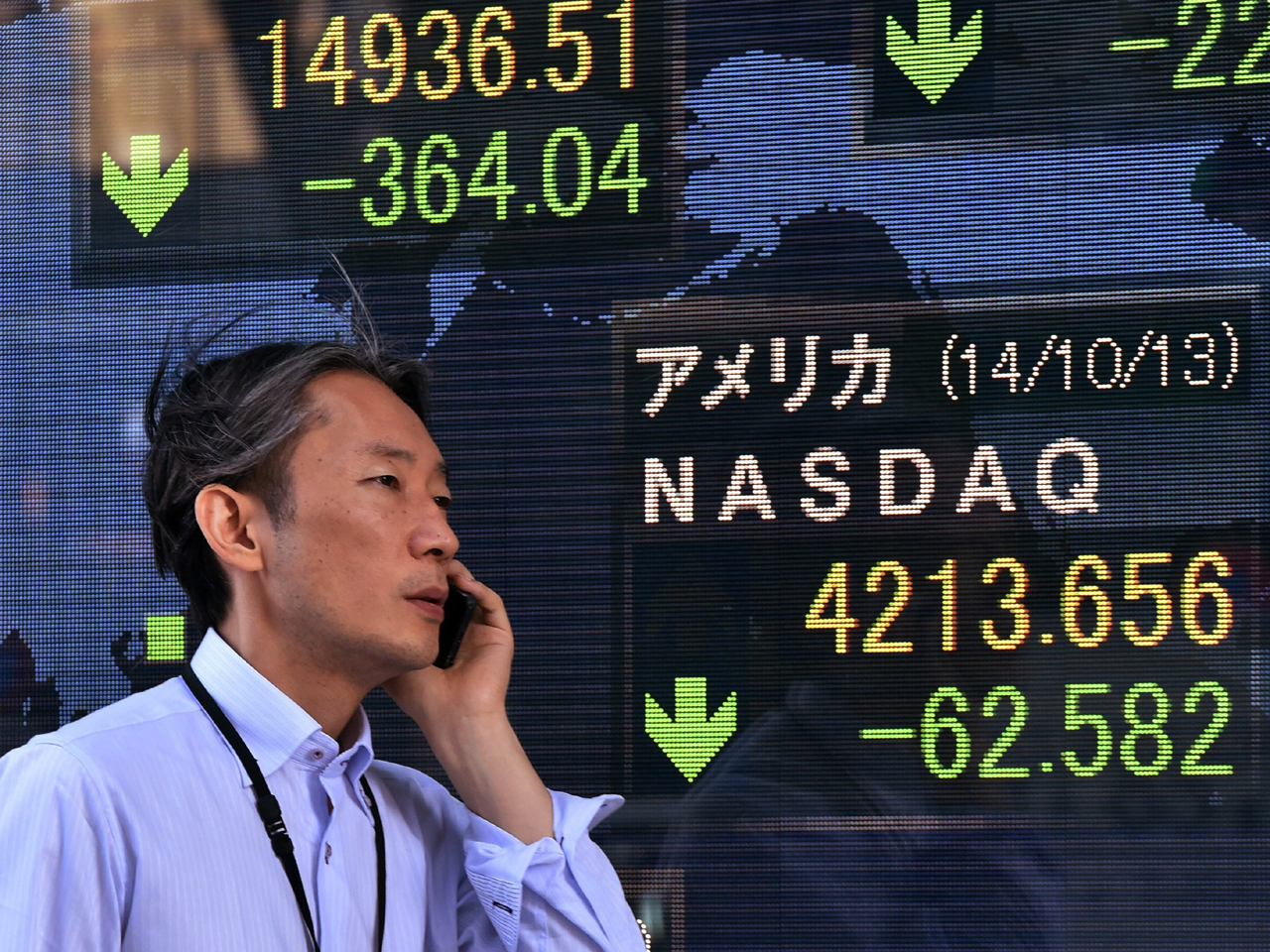 TOKYO - Stocks were trading lower worldwide on Tuesday, following a dismal performance on Wall Street the day before, as confidence in the global economic recovery faded.

Resistance from Germany to increasing government spending to help European growth dampened hopes for additional stimulus to counter what some economists believe may be a lapse back into recession for the region. On Tuesday, Germany got another dose of bad economic news -- the ZEW index of investor sentiment fell for a tenth consecutive month in October.

Concern over the global outlook and the recent relative strength of the Japanese yen, which could dent the competitiveness of exporters, cast a pall over Tuesday's session in Tokyo. Shares of major exporters fell, with Toyota Motor Corp. sinking 3.9 percent and Panasonic dropping 3.1 percent.

"Growth concerns continue to rattle global investors. Signs that Europe is heading toward recession, and fears that the Japanese authorities' stimulus program is not getting traction, have many forecasters pulling down their estimates for 2014/15 growth," Michael McCarthy at CMC Markets wrote in a commentary.

Benchmark U.S. crude was down 84 cents to $84.90 a barrel in electronic trading on the New York Mercantile Exchange. It fell 8 cents to close at $85.74 a barrel on Monday.