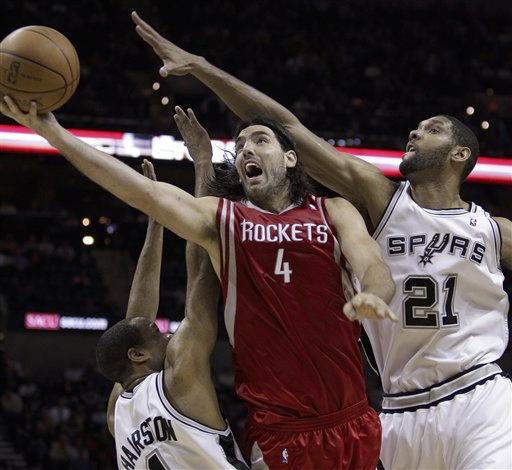 A key member of the U.S. synchronized swimming team, Tammy Crow, was in a fatal car crash in February 2003.

After staying up almost all night, she skidded off a mountain road and crashed into a tree.

Tammy was charged with vehicular manslaughter and sentenced to 3 months of prison, to be served after the Olympics.

But despite controversy and questions about whether she deserved to represent her country, Tammy's teammates stood by her.

Modern synchronized swimming demands enormous strength. The swimmers on the U.S. Olympic team tread water for up to eight hours a day, six days a week. And a lot of time, they're under water.

Their sport, so full of grace, is actually grueling.

"There's weightlifting, there's balance, there's flexibility, grace, stamina," says their coach. Chris Carver. "You can absolutely get injured in it."

And you can't let any of those injuries stop the show, a metaphor for their resilience in the midst of tragedy.

A key member of the team, Tammy Crow, was in a fatal car crash in February 2003. After staying up almost all night, she skidded off a mountain road and crashed into a tree. Tammy's two passengers died: her boyfriend, Cody Tatro, and a 12-year-old boy, Brett Slinger.

Police say Tammy was driving too fast. She was charged with vehicular manslaughter. She pleaded no contest and was sentenced to 3 months of prison to be served after the Olympics. The ruling sparked controversy - especially when the parents of Brett Slinger complained.

"You know, I didn't ask for special circumstances, and I'm really thankful that the judge, you know, decided to postpone her sentence," says Tammy.

Cody's mother says Tammy should be allowed to compete.

"I know that she'll stand there, and she'll look up just as I would and say, 'See, Cody? We did it, and we did it together,'" says Mary Tatro.

While Cody's mom has been very supportive, Brett's parents have not been.

"I just wish that they would be able to see who I really am and how this last year has also affected me," says Tammy. "I still really care about Brett and I care about, you know, their grieving process."

Tammy says it was an accident.

The US Olympic Committee was asked to decide if Tammy Crow could still represent the United States and compete in the Olympics, even though she is going to jail.

This spring, the USOC ruled she could be on the team. But it's not just legal problems she's had to overcome. Her arm was broken in four places. No one knew if she could be in shape for the games.

"My teammates, our staff, my coaches, really believed in me," says Tammy.

Teammate Becky Jasontek says, "We're a family. We're like nine sisters, and whatever happens to Tammy happens to each of us and we wanted to help her through this."

Teammate Alison Bartosik adds, "If you know Tammy, you know that she's a fighter, and truly loves to swim. So I don't think we had any doubt that she'd be right back in with us."

"We've been through a lot in the past two years, but it certainly has made our bond stronger, and you know anyone of us that would have anything, any bad day, any rough time, any problem outside of the pool, you'd be right there for each other, no matter what it was," says teammate Lauren McFall.

Just the way it is inside the pool.

The U.S. team is currently ranked third in the world, and feel they can compete strongly for the gold. As for Tammy Crow, her three-month prison sentence will begin in October.