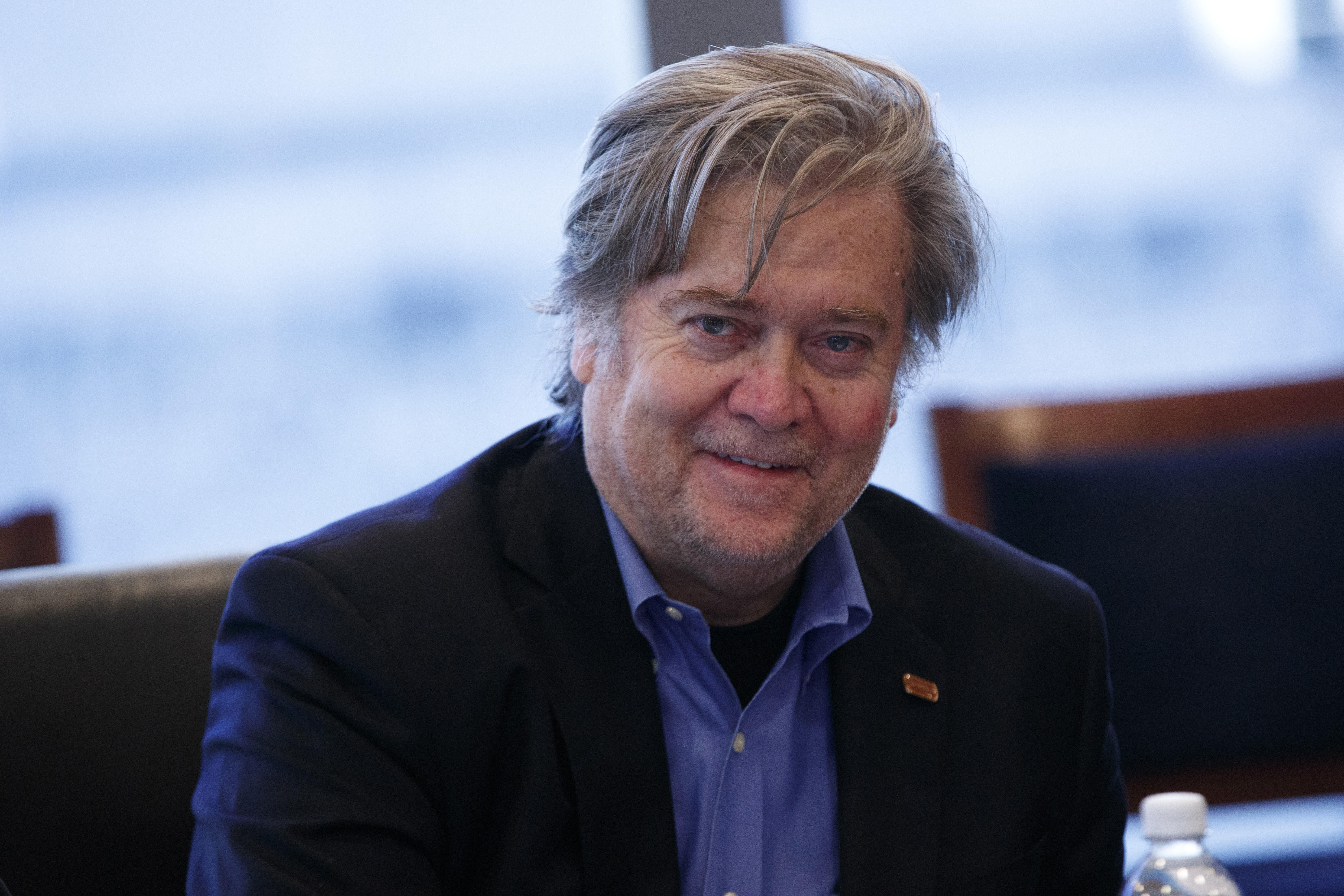 Steve Bannon, the chief strategist and right-hand man to President-elect Donald Trump, denied in an interview that he was an advocate of white nationalism -- and gave hints instead about how his brand of “economic” nationalism will shake up Washington.

In The Hollywood Reporter, Bannon, the controversial former head of Breitbart News who went on to chair Mr. Trump’s presidential campaign, discussed why he believed his candidate won the election.

“I’m not a white nationalist, I’m a nationalist. I’m an economic nationalist,” Bannon told the news outlet earlier this week. “The globalists gutted the American working class and created a middle class in Asia. The issue now is about Americans looking to not get f—ed over.”

Bannon’s appointment to the White House has drawn criticism from Democrats and several civil liberties groups, in part because of his (and Breitbart’s) strong association with the alt-right, a political movement with strains of white supremacy.

In the past, the former Breitbart CEO has admitted the alt-right’s connections to racist and anti-Semitic agendas.

In the Reporter interview, Bannon challenged the notion that racialized overtones dominated the Trump campaign on the trail. He predicted that if the administration delivered on its election promises, “we’ll get 60 percent of the white vote, and 40 percent of the black and Hispanic vote and we’ll govern for 50 years.”

“It’s everything related to jobs,” Bannon said and seemingly bragged about how he was going to drive conservatives “crazy” with his “trillion-dollar infrastructure plan.”

“With negative interest rates throughout the world, it’s the greatest opportunity to rebuild everything. Ship yards, iron works, get them all jacked up,” he proposed. “We’re just going to throw it up against the wall and see if it sticks. It will be as exciting as the 1930s, greater than the Reagan revolution — conservatives, plus populists, in an economic nationalist movement.”

Bannon, in the Reporter interview, also gave some insight into how he viewed his political foes (presumably, liberals and the media) -- and the “darkness” he touts in fighting against them.

“Darkness is good,” Bannon said. “Dick Cheney. Darth Vader. Satan. That’s power. It only helps us when they...get it wrong. When they’re blind to who we are and what we’re doing.”