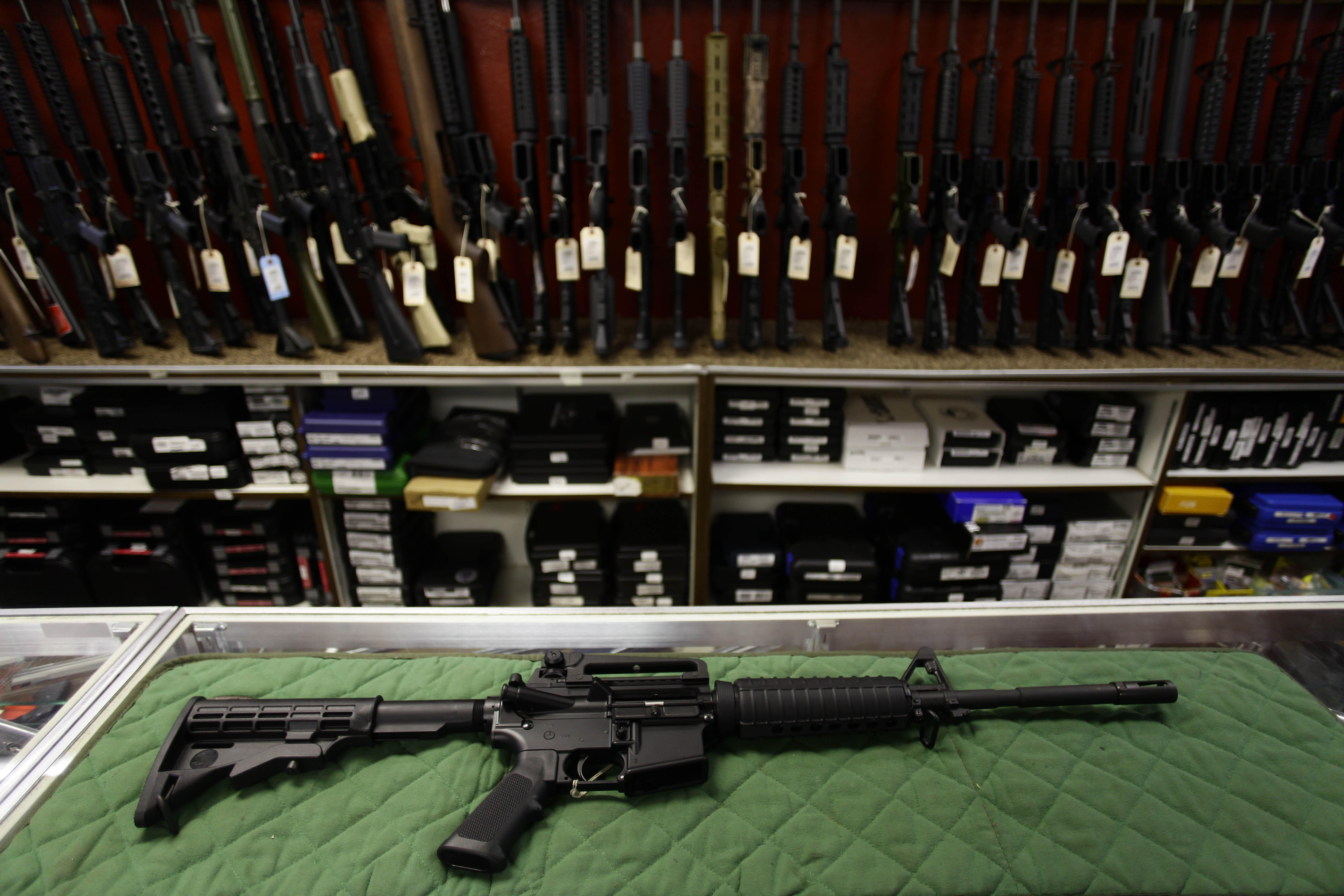 While volunteering at San Francisco General Hospital in the 1990s London helped a family whose daughter had fatally shot herself in the stomach. The patient, who was no older than 16, wasn't trying to kill herself; she was in a fight with a boyfriend and was trying to get his attention.

"I remember this girl on the gurney, sitting up screaming, 'Help me,'" London, who now is a primary care physician in rural Maine, said in an interview with CBS News on Monday. "It's not an injury you could get from any weapon besides a gun."

That moment, plus other experiences like it, pushed London to join scores of other doctors in a Twitter brawl that erupted over the weekend, pitting members of the medical community against the National Rifle Association. The physicians strongly pushed back after the gun lobby publicly told doctors to "stay in your lane" when it comes to gun research.

"Someone should tell self-important anti-gun doctors to stay in their lane," wrote the NRA's twitter account. "Most upsetting, however, the medical community seems to have consulted NO ONE but themselves."

The NRA was denouncing a recent American College of Physicians policy statement which deemed gun violence a "public health crisis" that "requires the nation's immediate attention." The tweet came just hours before the mass shooting at the Borderline Bar & Grill in Thousand Oaks, California, which claimed 12 lives and once more refocused national attention on the gun debate.

Many in the medical community jumped on the tweet, using the hashtag #ThisIsOurLane.

"Do you have any idea how many bullets I pull out of corpses weekly? This isn't just my lane. It's my f**king highway," wrote Judy Melinek, a forensic pathologist, in a tweet that went viral. Melinek, who regularly appears as an expert witness in homicide cases involving guns, estimates she's autopsied about 300 bodies that were victims of firearm violence.

"That's the absurdity of some of the criticism, we know exactly what damage they do to the human body," Melinek said in a telephone interview with CBS News on Monday.

London, who herself owns two handguns and two shotguns, aimed her Twitter ire at Ann Coulter, the conservative commentator known for provocative opinions.

"We do examine a**holes all day so it does make us an expert on them. You qualify," London fired back in a tweet.

Whether doctors should be conducting research on gun violence has been the subject of intense debate between the medical community and pro-gun groups like the NRA for years. Such work has been limited by the Dickey Amendment, a provision in the 1996 omnibus federal spending bill which instructed that "none of the funds made available for injury prevention and control at the Centers for Disease Control and Prevention (CDC) may be used to advocate or promote gun control."

Many public health advocates, including London, view the bill as effectively a gag order on gun-violence research.

"It's the most reprehensible piece of legislative ever written," London said. "It's disgusting and needs to go away."

Because of the legislation limiting federal funding, most research on gun violence occurs on a smaller scale. In its full critique of the American College of Physicians, the NRA points to the policy statement's reliance on studies with small sample sizes as a reason why the findings are not conclusive.

Many in the medical community, including Melinek, feel it's their responsibility to address the what they believe is an epidemic of gun violence. She points out how research conducted by physicians on the automotive and cigarette industries helped inform public opinion and prompt regulations that ultimately saved countless lives.

"If you're muzzling doctors, then you can't do that research," Melinek said. "How are we suppose to solve this problem?"

The NRA did not immediately respond to an email seeking comment.

While the Dickey Amendment hasn't been repealed in full, a change of language introduced earlier this year did allow for a CDC study on gun deaths published on Friday. The study found that after a decade of decline, homicides by gun were on the rise and firearm suicides have steadily increased since the financial meltdown of 2007 and 2008, despite the economic rebound.

CDC Director Dr. Robert Redfield told CBS News in an interview last month that his agency is "poised" for additional research on the causes of gun violence if Congress chooses to give it additional funding.