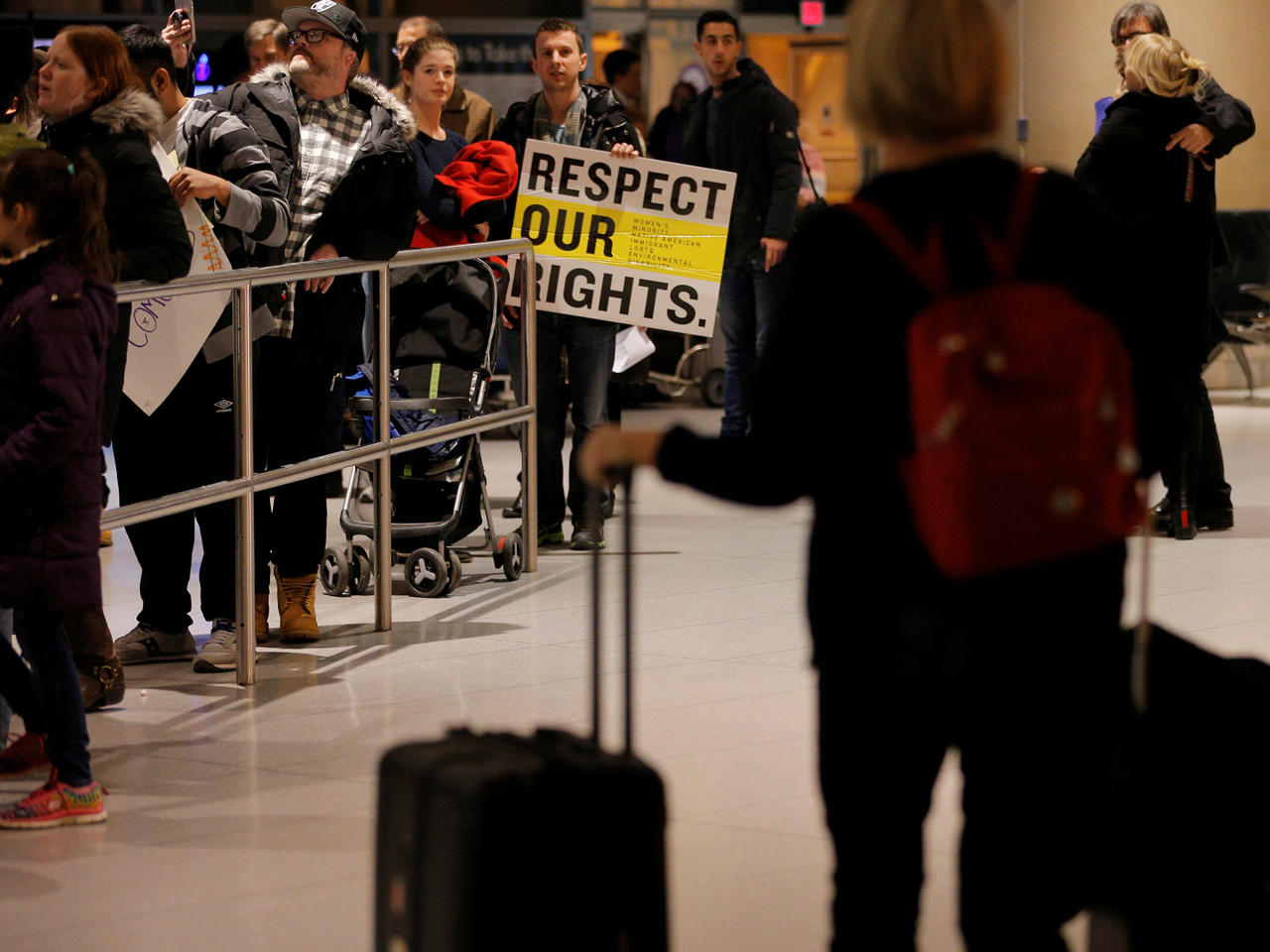 Agencies charged with implementing President Trump’s controversial travel ban are now complying with a court order blocking the ban, even as Mr. Trump continues to defend his executive order and attack the federal judge that handed down the decision.

The Department of Homeland Security (DHS) said Saturday that it has “suspended any and all actions implementing the affected sections” of Mr. Trump’s executive order, which bars refugees and citizens from seven specific predominantly Muslim countries from entering the U.S.

According to Gillian Christensen, DHS’ acting press secretary, that included the halting of actions flagging travelers for detention and removal. DHS employees, including Customs and Border Patrol agents, are thus expected to “resume inspection of travelers in accordance with standard policy and procedure,” Christensen said in a statement.

According to a State official, the department Saturday has “reversed the provisional revocation of visas.” That means individuals with visas that had not been physically canceled under the order are now allowed to travel to the U.S., provided the visa is otherwise valid.

The actions by the two departments are part of an effort to comply with a court order, issued late Friday, that puts a temporary hold on Mr. Trump’s executive order. U.S. District Judge James Robart, based in Seattle, ruled that Washington and Minnesota had legal standing to challenge the immigration ban. Until the court is able to consider the lawsuit against the ban, Robart put a temporary restraining order on its nationwide implementation, effectively rescinding its most contentious measures.

The State Department said earlier this week that about 60,000 visas had been previously revoked under Mr. Trump’s travel ban.

Mr. Trump has, in the meantime, launched his own defense of the ban in the face of the injunction.

In a series of tweets Saturday, the president assailed the opinion of the “so-called judge” and said that the U.S. was in “big trouble” if it is unable to decide “who cannot , come in & out.”

According to DHS, the Justice Department is expected to file for an emergency stay of the injunction and defend the executive order as “lawful and appropriate.”