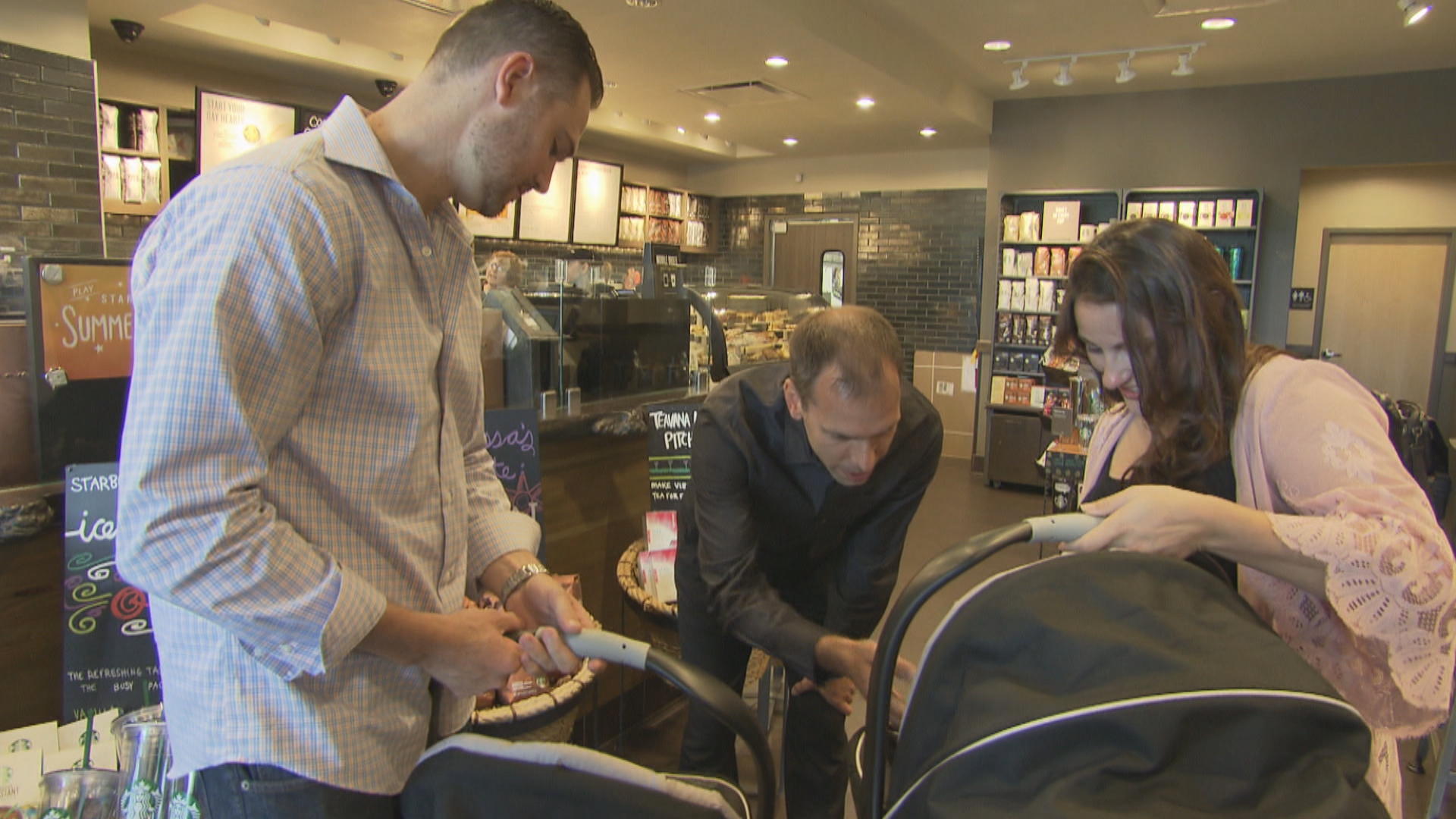 For some couples, finding a job that offers benefits to cover infertility could be the difference between having kids and not. One in eight couples in the United States has trouble getting pregnant and the cost of fertility treatments is not cheap.

You might expect a tech company or big bank to offer coverage for treatments like in vitro fertilization, but Starbucks also offers the perk – even for part-time baristas.

Now, some women are taking jobs there, in hopes that becoming a barista will get them a baby, reports CBS News correspondent Anna Werner.

"It was the darkest time of my life. Our marriage really took a hit," said Shannon Iagulli.

Iagulli and her husband Nic desperately wanted children. But four years into their marriage, it seemed Shannon couldn't get pregnant.

"You go through your life hearing you grow up, you fall in love, you get married, you have kids so it doesn't happen, you don't understand. Why is my body not doing it," Shannon said. "And that's where Starbucks came in."

Iagulli learned the company offered an unusual benefit: coverage for in vitro fertilization. On average, IVF costs $20,000 per cycle, with most couples going through two to three rounds before getting pregnant.

"I mean, you think barista, you think 18-year-old working to go through school, not a 27-year-old woman trying to have a baby," Iagulli said.

Starbucks covers $20,000 for IVF and related medication for all eligible employees. That includes part-time baristas who make, on average, about $10,000 per year.

"It's just been part of who we are, that if you work here and you put in the time, you're going to get the benefits that make you a full partner," said Starbucks executive Lucy Helm. "It is really important to everyone and I think it's something that we're all very, very proud of. People fall in love with working for our company once they become a partner here."

But business professor Craig Garthwaite, with Northwestern University's Kellogg school of Management, says it's not just about making employees happy.

"In the end, Starbucks is a for-profit, publicly traded company. They're not doing this out of the goodness of their heart, this is part of a cohesive strategy they have for how to attract and retain talent and also to advertise to their customers that they are quote unquote 'a good company', one that you want to spend a certain amount of money buying coffee at when you could get that coffee potentially cheaper somewhere else," Garthwaite said.

Asked if there was a business case for wanting to keep the same people other than just being a nice place to work, Helm said, "Absolutely, no question that in today's retail world in which fewer people are out and about shopping, places have to be a destination. So yeah, of course it's a business case for bringing in more customers because they increasingly have that connection with who we are and who serves them."

Not everyone is happy with the company's wages and benefits: thousands have signed a petition online started by a barista complaining about understaffing and low morale.

But count Shannon Iagulli among the happiest of Starbucks baristas. IVF gave the Iagullis not one baby, but two, who at six weeks old, made their first visit to a Starbucks, their mom's workplace.

What she's going to tell her kids about Starbucks when they're older?

"They will know that that's how they came about that if it wasn't for mommy going to make coffee that they wouldn't be here," Iagulli said.

Now, she supports other hopeful barista-moms around the country. They've even got a Facebook group called -- what else -- Starbucks IVF Mommas.

Starbucks says it doesn't know how many women are doing this.

For the Iagullis, after insurance, they only ended up paying about $2,300 out of pocket.

After getting pregnant last year, Iagulli left Starbucks for another job. Now she says, come this fall, when the twins are a little older, she'd like to go back. They need the health benefits for the family, plus she and her husband want to have more kids.