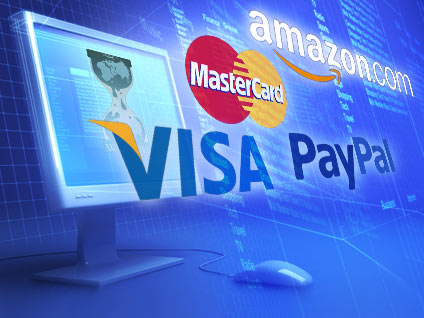 This column was written by Terence Samuel.

I bought the argument that John Bolton's nomination to the United was a dead issue because the White House had bigger fish to fry. After the "nuclear option" smackdown, the White House seemed less in the mood to fight, and when administration officials called more than 60 senators to chitchat about the Supreme Court nomination, it seemed reasonable to believe that they were choosing a different path on something that was important to them and to the country.

I was, therefore, susceptible to the argument that the president might choose to let Bolton go and not risk the wrath of Senate Democrats just before they deal with John Roberts' confirmation to the Supreme Court. I was wrong. My mistake was, of course, to think in a logical manner. It was not illogical to think that, having had a successful launch of the Roberts nomination (largely because of the outreach and the sense that he did not choose an ideologue), the president would drop the idea of a Bolton appointment.

But who's afraid of Joe Biden and Chuck Schumer?

I was talking to a veteran of the confirmation battles -- dating back to Robert Bork -- the other day. He noted that one way to judge how much of a fight you should wage on behalf of a nominee is to ask, "What would the vote be if the lights were out?" It is a way to get past partisanship and the political heat of the moment. "And if the lights were out," this confirmation vet said, "this guy would not get 20 votes. It's the same thing that happened with John Tower."

But just when you thought it was lights out for Bolton, the president gets his best Tammy Wynette on and stands by his man. It was not the most moving of events -- but not for lack of trying on the president's part.

"As the newest member of America's diplomatic corps, Ambassador Bolton will defend our nation's interests with character and resolve that were instilled early in life," President Bush said. "John's father was a firefighter; his mother was a homemaker who took her son to the public library to show him the value of education. I know that Jack and Virginia Bolton would be proud today to see the boy they raised in Baltimore appointed to serve as our permanent representative to the United Nations."

They would also no doubt have been disheartened to hear a Republican senator describe their son as "the poster child of what the diplomatic corps should not be."

Meantime, there is no small irony to the president's mention of "permanent" in Bolton's new title. The recess appointment expires at the end of the Congress during which it was made, so Bolton is out in January 2007. He may prove himself so able in New York that he could be confirmed long before that, or the 2006 midterms could so radically change the makeup of the Senate that his chances of confirmation could be absolutely ensured -- or evaporate completely.

"This post is too important to leave vacant any longer, especially during a war and a vital debate about UN reform," Bush said at Monday's recess announcement. "I'm sending Ambassador Bolton to New York with my complete confidence."

But it begs the question of why savvy White House officials wanted Bolton in the first place. His harshest critic, after all, was a GOP senator from Ohio, where the 2004 presidential was won. And the attacks were not just from Bush-haters.

Part of the answer is that this is an administration that runs on loyalty in a very different way from past ones. Just ask Lani Guinier and Kimba Wood or Anthony Lake and Bill Weld, all Clinton nominees who got in confirmation trouble and were cut loose by the administration.

So the loyalty ethos that so vivifies this White House is admirable, on some level, even when it seems pigheaded and unreasonable to some, and not backing down is an old ace card when you want to get your side fired up.

Every fight (Terri Schiavo, John Bolton), every close victory (CAFTA), and every close defeat (the nuclear option) keep the president going. As long as he is in battle, or embattled, he is in a position to rally the troops. And I am not the first to note that this president may never be rendered a lame duck as long as he is at war with terrorists abroad and Democrats at home. And that, more than ever, may be why Bolton is our man in New York.

Terence Samuel is the chief congressional correspondent for U.S. News & World Report. His column about politics appears each week in the Prospect's online edition.
By Terence Samuel
Reprinted with permission from The American Prospect, 5 Broad Street, Boston, MA 02109. All rights reserved