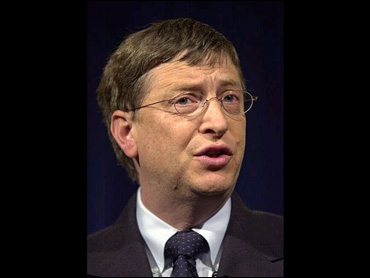 If he were still around, Wild West outlaw Jesse James might feel like small fry by comparison.

The creators of the LovSan/Blaster worm and the SoBig virus have large bounties out for their arrest - rewards to be posted Wednesday at an unusual joint news conference being held in Washington by the FBI, the Secret Service, Interpol and Microsoft Corporation.

CBS News has confirmed that Microsoft will be providing the reward money for information leading to the apprehension and conviction of the still unidentified creators of the LovSan/Blaster worm and the SoBig virus: reportedly $250,000 in each case.

Just as computer users were recovering from Blaster, they got hit only days later by the equally hated SoBig virus, which clogged e-mail in-boxes with a ferocity that caused trouble for both networks and individuals.

The rewards being posted by Microsoft represent a new tactic by the software giant, which was specifically targeted by the creator of Blaster. The computer worm exploited a security flaw in Microsoft Windows - which was subsequently repaired, with a patch available for download, although many computer users and networks got zapped regardless when they failed to download the patch.