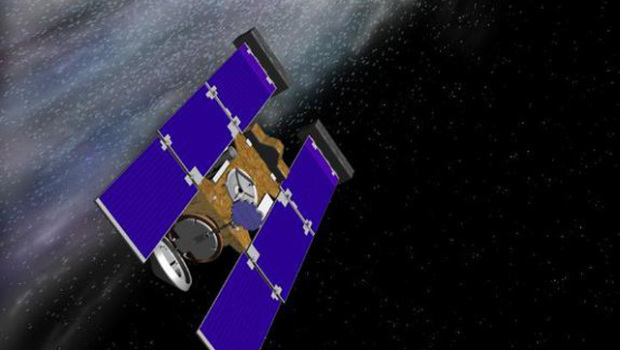 Scientists say seven microscopic particles collected by NASA's comet-chasing spacecraft, Stardust, appear to have originated outside our solar system. If confirmed, this would be the world's first sampling of contemporary interstellar dust.

"They are very precious particles," the team leader, physicist Andrew Westphal of the University of California, Berkeley, said in a statement Thursday.

The dust collectors were exposed to what is believed to be the interstellar dust stream in the early 2000s and returned to Earth in 2006. Since then, dozens of scientists worldwide led by Westphal have examined scans of the collection panels to zero in on the particles. The team was assisted by 30,000 citizen-scientists, dubbed Dusters, who reviewed more than 1 million images in search of elusive tracks made by incoming particles.

The findings were published Thursday in the journal Science.

Westphal said the suspected interstellar particles are surprisingly diverse. Some are fluffy like snowflakes.

A few particles splatted a little when they hit the collection panels because of their speed and the fact that some ended up hitting the aluminum foils between the softer aerogel tiles meant to capture the grains. In fact, one particle believed to be following the flow of interstellar wind was vaporized because it was going so fast - an estimated 10 miles per second.

The dust is considered young by cosmic standards: less than 50 million to 100 million years old, the life expectancy of interstellar dust.

Westphal said additional testing is needed before concluding these seven specks are truly from outside our solar system. And there may be more: Roughly half the dust-collection panels have yet to be scanned. The physicist expects to find no more than a dozen interstellar dust specks in all, however, a tiny fraction of the amount of comet matter gathered by Stardust.

More than 50 grains embedded in the Stardust collectors were deemed to be debris from the spacecraft itself.

NASA launched Stardust in 1999 to collect debris from Comet Wild-2. The Stardust capsule parachuted back to Earth, landing in the Utah desert seven years later.