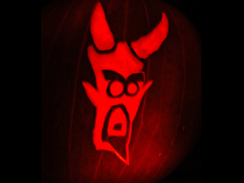 (MoneyWatch) If you've been reading my blog for any length of time, you know that data mining (or the act of messing with numbers to find specific patterns) should provide investors little more than a chuckle. While October has typically been a frightful month for stocks, a little data mining also shows the S&P 500 Index's devilish side. (Thanks to Howard Silverblatt of Standard & Poor's for the data.)

Of course, this has no real bearing on your portfolio and shouldn't affect your investment strategy in the slightest. However, you should keep this exercise in mind anytime you come across an advisor or talking head who has teased a "money-making" pattern out of a data set. It's just as likely to be valid as the S&P 500 being influenced by the Devil or being predicted by butter production in Bangladesh.