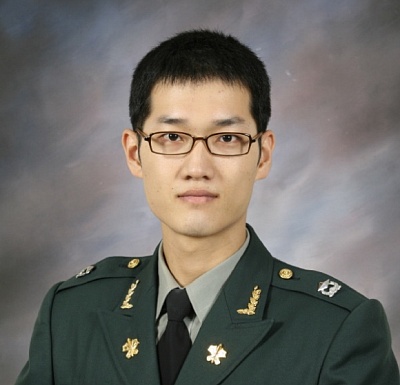 Yun Yeo-jin, a South Korean college student engulfed in his computer engineering studies, had never given much thought to tuberculosis. He assumed it was a disease which plagued poor countries. Then, at 22, he was diagnosed with the pulmonary disease early in 2008.

When Yun got a mandatory physical as a cadet for the Reserve Officers Training Corps (ROTC), a doctor told him that his chest x-ray results looked abnormal. Yun was referred to a bigger hospital, where a more advanced scan showed his left lung specked with white dots, some as big as quarters. The diagnosis was active pulmonary tuberculosis.

"When I asked the doctor how I could have contracted TB, he simply said, "It's a disease you get if you're out of luck,'" the now-healthy Yun recalls with a chuckle.

South Korea has the highest incidence rate of tuberculosis among the world's wealthiest countries, nations which belong to the 34-member Organization for Economic Cooperation and Development (OECD).

In 2010, TB claimed the lives of 2,365 Koreans, according to the Korea Centers for Disease Control and Prevention.

Experts say the burden of tuberculosis in South Korea today is primarily a legacy of the Korean War. Fighting stopped more than 60 years ago, but the poverty, cramped living spaces and limited medical treatment during and after the war created ideal conditions for the TB bacteria to spread.

In the 1950s and '60s, as much as 70 percent of the population was exposed to TB, explains the director of the Korea Institute of Tuberculosis, Kim Hee-jin.

In general, only 10 percent of those exposed to TB will ever get the active form of the disease, which is contagious. Although most South Koreans who were infected decades ago have only inactive or latent TB, some of them develop the active form of the disease as they age and their immune systems weaken. And they are spreading it to others. Many of the cases today are a reactivation of old infections that occurred decades ago, medical experts believe.

Public health officials made great strides in detecting and treating tuberculosis patients from the 1960s to the early 1990s, but the campaign against TB has lost its steam since 1995, says Cho Eun-hee, who oversees the TB program at the Korea Centers for Disease Control and Prevention.

Cho says more recently, as South Korea's TB incidence rate rose well above other industrialized countries, it has became a matter of "national dignity," and the nation's leaders have again recognized the need to address the problem.

In spite of the renewed effort, Kim Hee-jin, the director of the Korea Institute of Tuberculosis, says the health ministry still needs to increase the detection of latent TB and provide more preventive treatment to people who have it.

Experts agree that the long-term public health goal of reducing the incidence rate of TB in South Korea by a quarter by 2020, and eliminating it completely by 2030, are infeasible.

"They're more forward-looking goals rather than realistic ones," says Cho of the Korea Centers for Disease Control & Prevention. "Koreans tend to push ahead with their plans, so even if there are difficulties, how we break down those problems matters most."