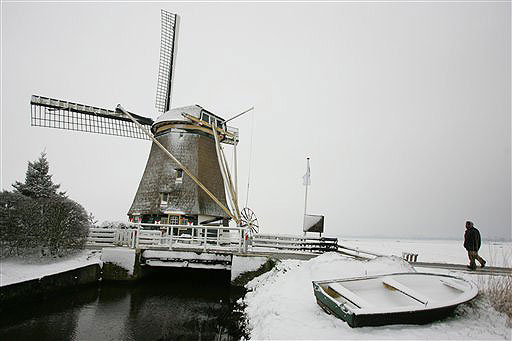 Reeling from the release of 13 condemned prisoners in 13 years, Governor George Ryan put a stop to capital punishment in Illinois in January.

Ryan's moratorium, along with the recent controversial execution of Gary Graham in Texas and the release of 88 inmates from death row in the last quarter century has reignited a national debate over the death penalty.

"This is a terribly human system that has all the frailties that humankind can have – such as prejudice, aggressive prosecution, bad police officers, sleeping lawyers," Baird told CBS News.

Stoking the controversy is a study published in June by Columbia University that found two-thirds of all death penalty appeals from 1973-95 were successful. The study's authors said that fact indicates serious flaws in the capital punishment system.

"This is evidence of a system that is failing in its own terms," claims James Liebman, a death penalty expert at Columbia.

Opponents say such reports and cases like Graham's underscore the need for a series of death penalty reforms. Graham was found guilty of the 1981 murder of a man during a holdup outside a Houston supermarket. The state parole board and appeals courts rejected his arguments that he was convicted on shaky evidence from a single eyewitness and that his trial lawyer did a poor job.

"It is a textbook example of how flawed the U.S. approach to the death penalty is," Amnesty International spokesman Rob Freer said of the Graham execution. "The U.S. also flouted requirements of international law that an accused person should have adequate legal assistance throughout the process and that the penalty should not be imposed if there is a serious doubt about the person's guilt."

Texas state Senate President Rodney Ellis insists any reforms must include competent counsel for poor defendants. Currently, Texas, the state at the center of the execution debate, has no public defender system and allows judges to appoint lawyers in death penalty cases.

"We're talking about people's lives at risk," Ellis said. "This system is broken and we ought to stop defending it."

Texas has executed 135 inmates—133 men and two women—during George W. Bush's five-and-a-half years in office. The state has put more people to death in the last two decades than any other state.

"No system is perfect, but we think our system has numerous checks and balances," says Bush aide Johnny Sutton.

Presidential candidates Bush and Al Gore fielded a few questions about capital punishment in their final debate, but they hardly sparred over the issue.

"If it is administered swiftly, justly and fairly, it saves lives," said Gore. "There has to be alertness to say, 'hey, do we hav the right guy?' But I support the death penalty in the most heinous cases."

Bush has approved more than 140 executions as governor – choices Gore has been spared has vice president.

But for the election winner, there will be weighty decisions about the first federal execution in 37 years. David Paul Hammer is scheduled to die by lethal injection Nov. 15. Hammer is on federal death row in Terre Haute, Indiana, where the execution would take place. A prisoner since age 19, Hammer killed Andrew Marti in 1996 by tying him to his bunk and strangling him with a braided bedsheet at the Lewisburg Federal Penitentiary in Pennsylvania.

A recent poll claims two-thirds of Americans support capital punishment, down from a high of 80 percent of 1994.

By CBSNews.com's CHRISTOPHER WEBER
and CBS Radio News' WENDY ZENTZ
CBS Worldwide Inc. All Rights Reserved. This material may not be published, broadcast, rewritten, or redistributed. The Associated Press contributed to this report