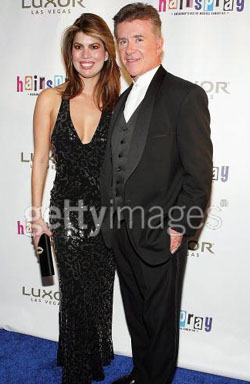 Sammy Sosa is halfway to a number that will forever define his career -- 66.

But after hitting his major-league best 33rd homer Thursday night, he wasn't ready to predict how many he'll end up with this season.

"We still have a way to go right now and I can't get too excited on the first day of the second half," Sosa said following the Chicago Cubs' 9-3 victory over the Minnesota Twins. "We've got to try and get back over .500. That's what we're looking for."'

Sosa shook an 0-for-12 slump with a double in the seventh and a two-run homer in the eighth inning, his first homer since July 4.

"When you have a streak where you have been struggling for five or six days, that's nothing to worry about," he said. "I'm the type of guy when I get hot and swing the bat well, everything will be there. And I can get them in bunches."

The Cubs also got a go-ahead, three-run shot in the fifth from Henry Rodriguez for their third straight victory -- but just their 10th in the last 31 games. They are 42-44.

Chicago, which plays 21 of its next 27 games at Wrigley Field, finished with a season-high 17 hits.

"The way we had been going for a month, we needed to get the first win of the seond half," Rodriguez said. "This can get us going, turn us around."

Rodriguez gave Chicago a 4-2 lead in the fifth, connecting for his 16th homer following a walk to Sosa and single by Mark Grace off Brad Radke (6-8).

Grace hit a two-run single in the seventh off reliever Travis Miller after Manny Alexander singled and Sosa doubled.

"They just beat us up," Minnesota manager Tom Kelly said. "They hit the ball all over the field. They hit it hard, they hit it soft, they hit it down the line, they hit it up the middle. We made a couple of mistakes, but it didn't matter."

Radke, who threw a four-hit shutout against the Cubs last season at the Metrodome, gave up four straight singles in the fourth as Chicago cut the lead to 2-1.

Scott Sanders (3-4), who replaced Serafini after two fifth-inning walks, retired 10 straight before giving up singles to Chad Allen and Marty Cordova in the eighth. Terry Adams relieved and Terry Steinbach greeted him with an RBI single.

Corey Koskie walked to load the bases before Jacque Jones bounced out to first with Adams covering.