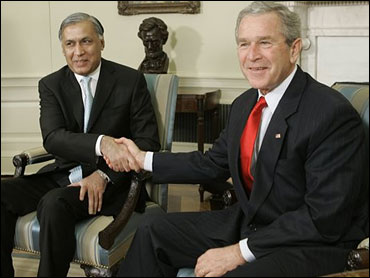 Chicago's Sammy Sosa tied the major-league record for home runs in a month, but the Detroit Tigers rallied for a 7-6, 11-inning victory over the Chicago Cubs on Gabe Alvarez's RBI single Wednesday night.

The Cubs were one out away from snapping a three-game losing streak when Bobby Higginson hit a game-tying, two-run homer off Rod Beck in the ninth. The Cubs went on to lose their fourth straight and 11th in 15 games.

Sosa hit his 31st homer of the season and 18th in June in the first inning to match the one-month mark set by Detroit's Rudy York in August 1937, and broke the National League record of 17 set by San Francisco's Willie Mays in August 1965.

With one out in the 11th Damion Easley singled off Marc Pisciotta (0-2) and went to third on Higginson's single off Bob Patterson.

Tony Clark was intentionally walked and Chicago replaced left fielder Matt Mieske with infielder Manny Alexander and positioned Alexander in front of second base, giving the Cubs a five-man infield.

Dave Stevens relieved and Bartee popped out to Alexander, before Alvarez hit a 1-2 pitch off the left field wall.

Doug Brocail (3-0) struck out four in two innings for the win.

It was Beck's fourth blown save in 21 chances.

Sosa and Mickey Morandini hit consecutive homers in the first. Henry Rodriguez added a three-run homer, his third in as many games, in the third.

Luis Gonzalez hit a three-run homer for the Tigers.

Morandini's third home run was a high drive into the right field upper deck, and Sosa followed with a blast into the left-center field seats on an 0-2 pitch.

Rodriguez made it 5-0 with his 6th homer in the third after Morandini doubled and Mark Grace walked.

The Tigers got four back in the third when Damion Easley hit an RBI single, Tony Clark walked and Gonzalez hit his eighth homer into the right field upper deck.

Jose Hernandez hit an RBI double in the sixth to put the Cubs up 6-4.