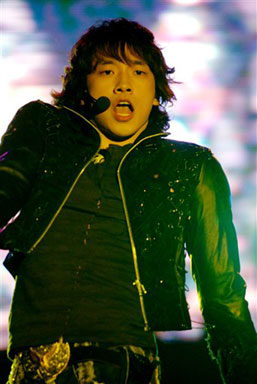 If his latest outing was a final audition for a pitching job with the Mets, then Octavio Dotel may have won himself a role.

The 23-year-old rookie struck out nine in 7 1-3 strong innings and Robin Ventura's tiebreaking homer gave New York a 2-1 victory over the Chicago Cubs on Saturday.

"He was fabulous, I can't say enough about him," Mets manager Bobby Valentine said. "I liked his poise. He showed he knows how to get out of trouble, and really grits his teeth when he gets behind in the count."

Dotel (3-1) gave up only Sammy Sosa's major league-leading 36th home run in the third inning. He allowed five hits and two walks before striking out Sosa with a runner on second and giving way to Dennis Cook in the eighth.

Armando Benitez pitched the ninth for his 10th save in 14 chances.

Newly-acquired veteran starter Kenny Rogers is due in New York tomorrow, but Dotel might have cemented his spot in the Mets rotation.

"I want to do the best I can to win for this team," Dotel said. "I don't feel pressure because I know (the Mets coaches) believe in me. Kenny Rogers is a great pitcher, but I have to keep doing my job."

Edgardo Alfonzo went 3-for-4 and homered for the Mets, who have won four straight.

"I've been hitting the ball pretty good," said Alfonzo, who raised his batting average to .315.

Ventura snapped a 1-all tie when he led off the sixth with his 18th homer off Cubs starter Steve Trachsel (3-14), who has just one win in his last 13 decisions.

Dotel, 2-0 with a 1.27 ERA in his last three starts, escaped trouble more than once. In the first, the Cubs loaded the bases before Dotel retired Jose Hernandez on a foul out. In the sixth, Dotel struck out Benito Santiago with runners on second and third.

"I have to say he's a young kid with a great future," Sosa said. "He made a mistake to me and then threw much better. If he keeps throwing like he did, he'll be in the major leagues a very long tie."

Sosa's homer, his second in as many games, gave Chicago a 1-0 lead.

Alfonzo, who extended his hitting streak to 14 games, tied it in the fifth with his 14th home run.

"Facing a guy like Dotel is tough," Chicago's Mark Grace said. "You just have to try and adjust as you go. He's got good stuff, and he should be pretty good."