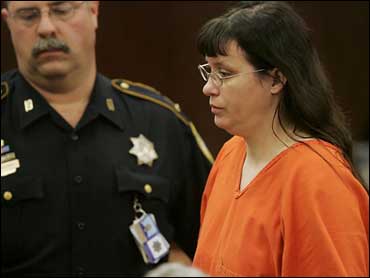 The Seattle SuperSonics got Nate McMillan back Wednesday night. They're not sure if they've got him back for good.

"I'm taking it one day and one game at a time," the oft-injured McMillan said after sinking three 3-pointers in the final quarter as the Sonics beat the new-look Portland Trail Blazers 101-95.

McMillan, who missed Seattle's first 51 games this season after undergoing surgery to his right knee, contributed nine points in the fourth period when the Sonics pulled away to beat Portland for the third time this season.

Damon Stoudamire, starting his second game at point guard for the Blazers after being acquired in a trade from Toronto, had 14 points and 11 assists.

Seattle had five 3-pointers in the final quarter, one each by Sam Perkins and Dale Ellis.

McMillan, 34, didn't know what to expect when he got back on the court for a game for the first time this season.

"I've been praying that this day would come," said McMillan, a key player for the franchise in the mid-1990s who had seven assists and three steals. "Getting a chance to play with Dale Ellis again and come off those picks was a treat for both of us."

McMillan played 23 minutes after being told by coach George Karl that he would play 10. He doesn't know what to expect when he wakes up Thursday morning.

"My knee's a little sore and I'll talk with the coaches about Friday later," he said.

"I just hope he can stay healthy," said Seattle coach George Karl, a big McMillan fan. "He was almost like a little kid tonight. He was so bouncy. He was genuinely exited to play tonight."

"We tried to take a chance and he sure made a difference with the 3s," Portland coach Mike Dunleavy said. "Maybe some other guys who weren't as mentally tough would not have made those shots in their first game back after being out."

The Sonics played without starting small forward Detlef Schrempf, who missed the game with a sore neck. He was injured in practice Monday.

Isaiah Rider led the Blazers with 26 points on 11-for-23 shooting. For Seattle, Ellis had 19 points off the bench, Baker had 17 points and Gary Payton had 16 points and 12 assists.

Seattle's bench outscored Portland's reserves 43-16. The Sonics were 11-for-28 from 3-point range, including 5-for-8 in the final quarter, while Portland was 5-for-23 from behind the arc.

The Blazers, getting 13 rebounds from Jermaine O'Neal, outrebounded the Sonics 48-38.

Seattle ended Portland's five-game winning streak. The Sonics bounced back after a 20-point loss to Utah at home Saturday night, their fourth game in five nights.

They were off three days before playing the Blazers.

The Blazers took a five-point lead into the fourth quarter and were in front 76-72 after a free throw by Rider.

After Perkins connected on his 3-pointeand Rider made a 12-footer, McMillan put Seattle ahead to stay with a pair of 3-pointers in a span of 56 seconds. Then Aaron Williams, starting for Schrempf, had a fastbreak dunk on a pass from Payton for an 83-78 lead with 8:06 left.

NOTES: McMillan, Seattle's all-time leader in steals and assists, is in his 12th NBA season. Because of injuries, he was limited to 37 regular-season games and three playoff games last season. ... Schrempf's status for Friday night's game against Boston is unclear. He will be re-evaluated Friday morning. ... Microsoft Corp. co-founders Bill Gates and Paul Allen watched the game at courtside. Allen is owner of the Blazers. ... Seattle had 15 turnovers in the first half and seven in the second. The Sonics average 14 turnovers a game. ... O'Neal had his second consecutive double-double with 14 points and 13 rebounds. They were the first two double-doubles of his career. ... Seattle beat Portland for the sixth straight time at home and for the 12th time in 14 games here. The Sonics have won 16 of their last 20 against the Blazers. ... Rasheed Wallace of Portland came out of the game in the third quarter because of a hip pointer (bruised hip). He did not return.