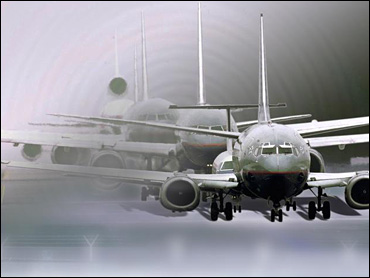 Some federal air marshals have been placed on administrative leave because they may have lied on their job applications, the government said.

Brian Turmail, spokesman for the Transportation Security Administration, said Tuesday that a "small number" of marshals were taken off mission status because 10-year background checks revealed discrepancies in what they told the agency when they were hired. He would not say how many, other than it's a "small percent."

"Maybe they said they didn't smoke marijuana, and they did," Turmail said.

None of the marshals was fired because of the background checks, but some could lose their jobs, he said.

Thousands of armed, undercover air marshals were rushed into service after the Sept. 11 terrorist attacks. They fly carefully chosen missions, sometimes on an hour's notice because of a new terrorist threat.

The program mushroomed from the nearly forgotten 32-person unit in 2001 to a sprawling federal law enforcement agency that employs thousands. The exact number is classified.

Turmail said 99 percent of the marshals had served in the military or as federal law enforcement officers and already had their backgrounds checked.

Before the remaining one percent was placed on mission status, Turmail said, the applicants' fingerprints were run through the National Crime Information Center and they were interviewed by the federal Office of Personnel Management. They also underwent a thorough credit review, a psychological exam, and medical and drug tests.

The discrepancies were discovered during the final phase of the background check, when government agents conduct live interviews with people who know the applicant, Turmail said.

The TSA has had problems completing background checks of passenger screeners at airports.

Earlier this month, TSA chief James Loy told Congress the agency fired 1,208 of its 55,000 screeners - almost half - for providing false information on applications, others on revelations of drug or other felony convictions or other crimes.

MSNBC reported that the marshals were put on leave.

The air marshal program has been criticized by some who say it suffers from high turnover and low morale.

Disgruntled marshals, legally prohibited from discussing the program, complained anonymously to members of Congress and reporters, saying hiring standards were lowered because of the haste with which the program expanded.