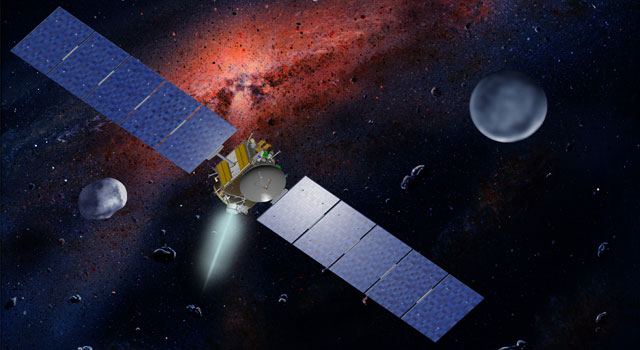 NASA's space probe Dawn is on its way to Vesta, scheduled to settle into orbit around the solar system's second largest asteroid on July 16th, about a month from now. On June 1st, when Dawn was still 480,000 km (300,000 miles) away from Vesta, it captured a series of navigational images that have been put together into a short animation:

That is so cool. You can see features, still too small to see clearly, but they're there. And you can see them move as Vesta rotates -- the 20 frames of the animation are repeated five times, covering 30 minutes or about 1/12th of Vesta's 5.34 hour rotation period. That dark spot near the center is possibly a crater 100 km (60 miles) across; we'll know a lot more about it in the next few weeks.

Vesta is about 550 km (330 miles) across and clearly non-spherical. It's potato-shaped, and has a huge crater at its south pole. You can see in the video and the pictures here how the crater distorts the shape of the asteroid; the lower right section is flattened, where we see the edge of the crater. I suspect when we get clearer shots of that basin in July it'll be spectacular.

I also suspect, from long experience in watching probes approach celestial bodies, that the crater won't be the most amazing thing we see on Vesta. I don't know what that thing will be, but over and again we've found that every time we visit another member of our solar system, we get profoundly shocked by what we see. This is the first large main-belt asteroid we'll have ever visited for any length of time (others have been observed as probes flew past on their way to bigger and better things, but Dawn is the first that will orbit a main-belt asteroid), and whenever the adjective "first time" is used, it means surprises await... and that's where the most fun is. 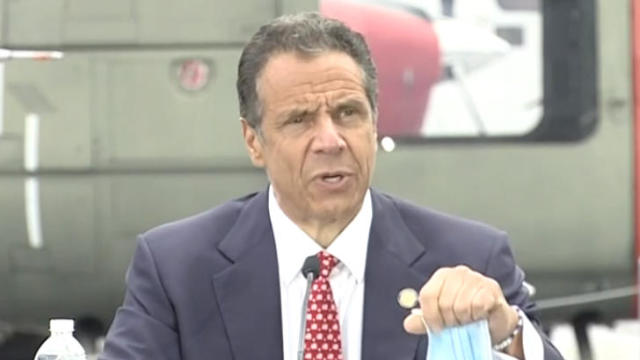