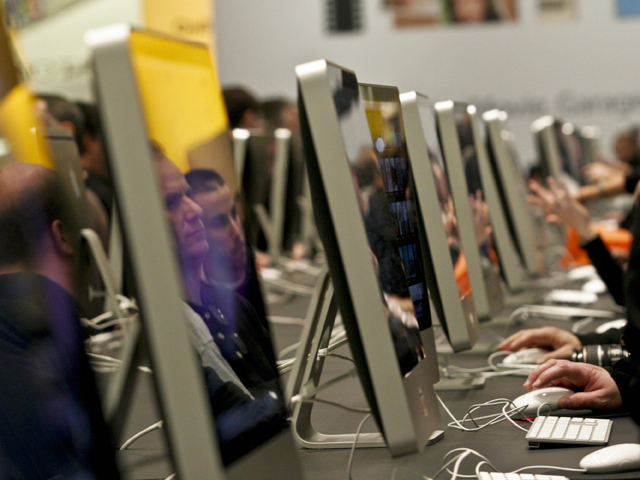 Thanks to the growth of apps for iPods, tablets, smartphones and other devices, software engineering has been ranked as the hottest job in the United States, according to a new study.

The 2011 Jobs Rated Methodology conducted by CareerCast.com - which factors in environment, income, hiring outlook, stress and physical demands - has placed a variety of tech jobs, including software engineers and computer systems analysts, in the top 30 best careers of the year.

Software engineering - a job that involves the design and creation of software for everything from operating systems to cellphone apps to interactive games - was listed as the No. 1 job of 2011.

Software engineers make an average of about $87,140, according to the survey, and have relatively low work-related stress, a great outlook for employment and strong income growth potential.

"If the worst job was ranked solely on salary, dishwasher would have been at the bottom of the list with a mid-level income of $18,053, while surgeon, which is the highest-paying job with a mid-level salary of $365,258, would have been the top job. But once you factor in stress, environmental factors, hiring outlook and other factors, income becomes just one piece of the puzzle," Tony Lee, publisher of the report, said in a statement.

Rounding out the five best jobs are mathematician, actuary, statistician and computer systems analyst, while roustabout, ironworker, lumberjack, roofer and taxi driver ranked as the five worst jobs. Roustabout, a starting position on an oil or gas drilling rig, ranked as the nation's worst job for the second year in a row due to the difficult and often dangerous nature of the occupation.

CareerCast.com first reported roustabout as the nation's worst job in its 2010 report, just months before the April 20 blast at BP's Deepwater Horizon offshore oil drilling rig that killed 11 workers and poured millions of gallons of crude oil into the Gulf of Mexico.