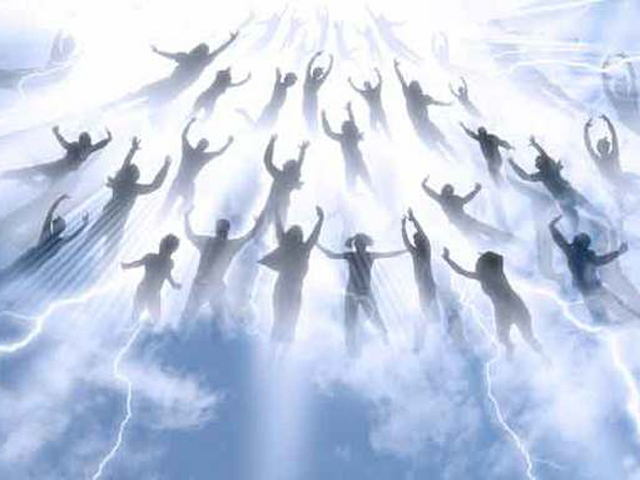 According to the predictions of Christian radio broadcaster Harold Camping, May 21 will be the day of the rapture, when God calls believers to heaven to live in everlasting paradise.

By Camping's estimation, that means the Earth will be 200 million souls lighter by Sunday morning.

While there's no reason to believe that Camping's doomsday predictions are more reliable than the hundreds of failed end-of-the-world predictions throughout history, the loss of 200 million people all at once would be the largest single population decrease in human history. It's safe to say the world would take notice — but the effects of such a mass disappearance would depend on where believers were concentrated.

"With a population of about 7 billion and aiming now to go somewhere in the vicinity of 9 billion, 200 million is not very big," said Paul Ehrlich, a professor at Stanford University's Center for Conservation Biology and author of "The Population Bomb" (Sierra Club-Ballantine, 1968). "It's roughly three years of growth."

The disappearance of 200 million people would be almost quadruple the number of those who die each year, which according to CIA World Factbook numbers, comes to about 56.6 million. It would dwarf the 230,000-plus death toll of the 2004 Indian Ocean tsunami. Even the single deadliest day in history, the Shaanxi earthquake in 1556 that killed an estimated 830,000 people in China, would pale in comparison. One of the most devastating loses of human life in history, the Black Death or bubonic plague, may have killed up to 200 million people — in a century.

But spread across the globe today, the disappearance of 200 million people (roughly 3 percent of the world's population) might not have major ecological impacts, Ehrlich told LiveScience. On the other hand, if the saved were concentrated in America, the effect would be huge, he said.

"Two hundred million fewer Americans would have a big impact on the globe as a whole," Ehrlich said.

A loss of two-thirds of the American population would also have a large effect on U.S. environmental policy, Ehrlich said, though what that would mean for the planet depends on who gets raptured. If those left behind were mostly climate-change believers, Ehrlich said, you might see renewed support for greenhouse gas reduction. Likewise, the urban/rural split of those left behind might alter society. If urbanites were more likely to get taken, Ehrlich said, you might see a return to medium-size farms rather than industrial agriculture designed to bring massive amounts of food to areas that grow little of their own. [Read: Post-Rapture Entrepreneur to Deliver on Promise]

Economics of the apocalypse

Don't expect the rapture to solve the globe's economic problems, however.

"It's an instant 3 percent reduction in our productive capacity," said Taggert J. Brooks, an economist at the University of Wisconsin, La Crosse. Productive capacity is the amount of "stuff we produce," Brooks told LiveScience. And while you could look at the rapture as a chance to grab free goodies — one Facebook event page for "post-rapture looting" has more than 300,000 followers — the loss of 200 million people doesn't bode well for the economy, Brooks said.

"The knowledge that we have in our heads can be thought of as a type of machinery for how to combine things, how to produce things or provide services," he said. "When the 200 million people get snatched up, you lose their human capital."

Over time, Brooks said, the economy would adjust to a world with millions fewer people. But the transition from pre- to post-rapture would be difficult, he said.

But perhaps the most daunting challenge after the disappearance of 200 million people would be the psychological one.

No economic model can account for the loss of friends and family members, said Brooks.

"It doesn’t count things like, 'What if your brother or sibling is one of the 200 million?'" Brooks said.

"People need social connectedness," said Josh Klapow, a clinical psychologist at the University of Alabama, Birmingham. Even after Hurricane Katrina, he said, residents who stayed in New Orleans reported a loss of community closeness, because so many people decided not to return. Cities like Galveston, Texas, which lost 15 percent of its population after Hurricane Ike hit in 2008, still struggle with abandoned buildings and the loss of the tax base.

Of course, the rapture of 200 million is only one of the events scheduled for Saturday. Camping also predicts massive global earthquakes that will open graves and scatter bodies across the Earth. The ensuing five months of torment before the world ends could distract from quotidian economic and environmental concerns. Then again, Klapow said, human nature is remarkably resilient.

"What do you see whenever a neighborhood is wiped out [in a disaster]?" Klapow said. "The first thing everyone says is, 'We're going to rebuild.'"