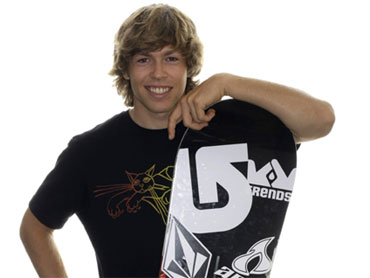 "We have been overwhelmed with the outpouring of love and support from Kevin's friends, family, and fans from every corner of the world. We thank each and every one of you for your kind thoughts, messages and prayers," Pia and Simon Pearce said in a statement. "We would like to extend our most heartfelt thanks to Kevin's doctors and nurses for all they have done and all they continue to do. Kevin is the most extraordinary and determined son any two parents could hope for and it is wonderful to see how loved he is."

Pearce was injured Thursday in Park City as he prepared for next week's Olympic qualifying events. Burch says Pearce was completing a twisting double back flip when he caught his toe-side edge and landed on his head. He was wearing a helmet.

The 22-year-old from Norwich, Vt., is a top-ranked halfpipe rider. He remains in the intensive care unit at the University of Utah Hospital.

An update Sunday on a Facebook page for Pearce said that as the days go by, "we are learning that patience, time and positive energy are imperative."